Az Hakeem did a MBBS at University College London Medical School, and then did specialist training in Forensic Psychiatry. He is a consultant psychiatrist and psychotherapist and a Fellow of the Royal College of Psychiatrists. He has a practice based in Swiss Cottage, SW3. He does media psychiatry and screening of Reality TV contestants, and teaches at University College. 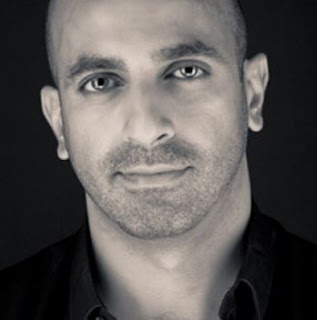 solution other than surgery, and for post-operatives who regret their surgery, and need help to avoid suicide. This is the only service of its kind in the UK's NHS.

The Daily Telegraph
In 2002 in response to the European Court ruling in the case of Christine Goodwin v. the UK that she had, among other rights, the right to marry a male person, Hakeem and 5 others wrote to The Daily Telegraph that such a ruling was


“a victory for fantasy over reality and that our concerns were that the problems and conflicts within the trans-sexually conflicted individual may not be wholly solved by either surgical or legal manoeuvres”.

Hakeem defines a trans-sexual as


"an individual who is biologically and unambiguously a member of one sex who holds the strong belief that he or she is in fact a member of the opposite sex". Not desires to be, or is striving to be, but is.

He takes exception to a 2002 article in the Psychiatric Bulletin where the authors refer to hormonal and surgical treatment as the appropriate treatment for trans-sexuals. Hakeem objects to the presumption that conventional psychotherapy, such as that in fact practised at the Portman Clinic, is not indicated. He objects that to see the core belief defining a trans-sexual as '"an encapsulated mono-delusional belief" is "surprisingly controversial":


"the very nature of the delusion being encapsulated means that such individuals are not 'psychotic' in the same way as, for example, a person with active schizophrenia or another disintegrative condition and explains why such individuals are able to function as perfectly able and capable human beings who do not appear to be affected in any other way than their apparent convictions over their gender."


"It seems very hard for psychiatrists to challenge the fundamental core belief of the trans-sexual and examine with them what actually it is to be the opposite sex or indeed, more importantly, what it is to be any sex, without falling into the trap of personally or socially constructed actual or mythical gender stereotypes".

He muses that it is "almost as if we were performing neurosurgery by operating on a person's genitalia", and that it is "too politically incorrect even to question the false-belief systems of these individuals".

He mentions some of his patients: C has never had an identity, and if she were to become a man she believes that she could become a 'real' person; A, a retired ex-marine in his 50s, divorced and a father, attempted to become a women in her 30s; F, an immigrant with no friends after 30 years in Britain, thinks that would be less depressed as a woman; B detests homosexuality, and must become a women before having a relationship with a man.

Hakeem then iterates again that “one cannot actually change gender", and bemoans the lack of long-term follow-up studies to support the assumption that surgery is the appropriate treatment (unlike psychotherapy!). He dismisses the explanation that once trans-sexuals have had the operation, they no longer want to be medicalized.

He repeats his opposition to a person being allowed to marry as "a person of the sex which they are not", and his opposition to the changing of birth certificates "which is a record of one's gender at a certain point in time" (though without mentioning the problem of persons being obliged to produce their birth certificates). He concludes with a terrible possibility:


"a man marrying what he presumed to be a woman who had a female passport, a birth certificate declaring him to be female at time of birth, who is taken to be female and an individual whom he believed he could marry and who could be the mother of his children but in reality his wife actually being a man".

The Transgender/Gender Identity page on his web site and aimed at the general public is far less confrontational:


"If a person is assessed and is clearly seeking physical gender reassignment and has no uncertainty about this then they are referred to the appropriate gender clinic. For other patients who may have more atypical gender presentations such as those described above they may be suitable for a specially tailored psychotherapeutic intervention aimed at further clarifying and establishing an understanding and certainty of their sense of gender which may or may not correlate with their biological sex.".

I think that for most of my readers there is no need for detailed comments.  Az Hakeem makes the case against himself in the above quotations.

However:
Obviously the Portman Clinic is not the place to go if you are serious about transitioning, but is probably useful if you want to be talked out of it, or if you are having post-operative regrets.
Time: 06:10

Email ThisBlogThis!Share to TwitterShare to FacebookShare to Pinterest
Labels: psychiatrist