Raymond Browne-Lecky of Flintimara, Warrenpoint, County Down, was an enthusiastic actor in charitable productions, usually arranged by his mother. 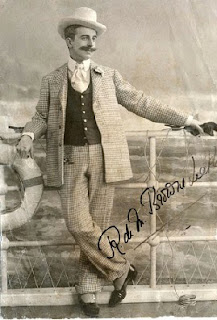 Most of his roles were those of females. He impressed the local critics, and then when appearing in Dublin he overcame prejudices against female impersonations. His most successful role was taken to be that of the eponymous lead in Lady Audley's Secret. He also appeared as the self descriptive Mrs Gushington Nervesby.

Irish Society revealed that he had his dresses made by 'Mrs Slyne of Grafton Street', and he wore the family jewels on stage. He was contrasted to his mother who affected plain linen collars and sensible country clothes. 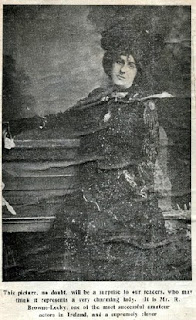 Roger Baker explains the role of Lady Audley: "a pretty blonde bigamist who deserts her child, murders her first husband and has similar plans for her second - clearly the kind of role that any self-repecting drag queen would die for".