Peter Wherrett's father was a pharmacist in West Ryde, Sydney, NSW, a secretive cross-dresser, a wife abuser, an epileptic. 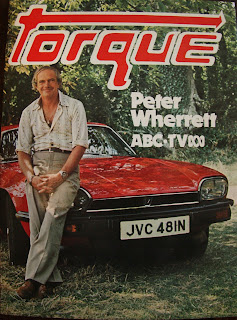 Peter learned to drive at age 12. In 1958 he complained to various newspapers about the lack of motorsport coverage, and was hired by The Sydney Morning Herald to do just that. In 1967 he set up Australia's first post-licence driver training school. He drove in the 1969 Bathurst 1000 race for Mazda, in 1970 for Ford, and in 1974,75 and 76 for Alfa Romeo.

From 1973 to 1980 he hosted and co-wrote Torque, a popular television show about motoring. He was also a member of the cross-dressing Seahorse Society at this time. In 1981, Peter having complained about Mitsubishi's GH Sigma, Mitsubishi produced 1016 cars based on his improved design. In the 1980s he explored alternate energies for the television series The Balance of Power. In 1985 he was caught driving under the influence of alcohol. In the 1990s he was the motoring guru for Healthy, Wealthy and Wise.

In 1997 he wrote a family history with his gay brother Richard, the theatre director, in which he discussed his and his father's cross-dressing. In 2006 Peter and his third wife divorced amicably. After a decade of not cross-dressing, he joined the Tranny Radio Chat Room and started socializing in the cross-dressing community again.