Dave Parsons was raised in Boca Raton, Florida. He and his wife, Fish, had three children, and between them authored the South Florida punk rock fanzine, Mouth of the Rat (named after his home town). 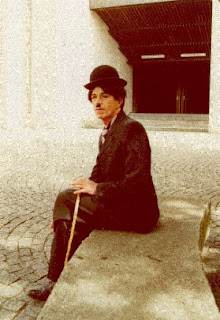 After divorce, Dave moved to New York in 1982 and opened Ratcage Records store and also released punk records. The store was initially under 171A Studios and later at 307 East 9th Street. Notable releases were the legendary Real Men Don’t Floss by The Young and the Useless, and Polly Wog Stew 1982 by the Beastie Boys who had been hanging out at Ratcage Records. He also put together an album of his own material on electric ukulele.

By 2001 Dave had become Donna Lee, and back in the US teamed up with Ted Gottfried and Jason Tagg as the ukulele band, Sonic Uke. They played CBGB that December, and put out an album.

Donna Lee was suffering from colon cancer, and was advised by her doctors that the best and only time for gender surgery was as soon as possible after radiation treatments. In 2003 the Beastie Boys paid Donna Lee outstanding royalties for the early albums, and she went to Thailand for surgery with Dr Preecha Tiewtranon.


Her cancer came back, and she died in a Swiss hospital later that same year.

Thank you to Marti Abernathey for suggesting Donna.