Michael grew up in Cincinnati. He went to Wright State University in Ohio. In 1985 his parents divorced, and he dropped out. 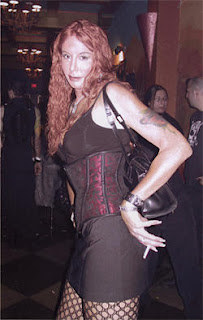 In San Francisco he became a roadie for a metal band, and became a heroin addict. He did other drugs and alcohol and was in therapy. He worked again as a roadie for Paula Abdul, Janet Jackson, Barry Manilow, the Grateful Dead and Crosby, Stills and Nash.

He wanted to complete college, and followed a friend to Florida. He started going to fetish parties, sometimes dressed as female. He identified with the camaraderie of women. In 1997 he went to a clinical psychologist with a self-diagnosis of borderline personality disorder. By 2003 he was going to her as Michelle. The psychologist, who had no other transsexual patients, wrote Michelle a letter for surgery in 2004.

Michelle never did have genital surgery, but she spent $80,000 on clothes, a nose job, a brow lift and fat injections in her cheeks. After a year on hormones, she had breast implants. She developed bulimia and shrank from a size 12 to a 7. She was gynephilic but mainly bambisexual. As Michelle she made friends easily, and re-established contact with her mother and sister. 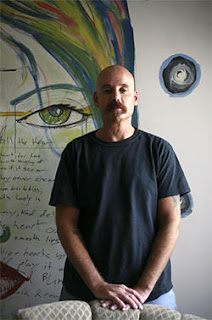 Two years after transition, in 2005, she was having problems with her flatmate, whose new boyfriend was an evangelical Christian. Michelle went with them to the Calvary Chapel mega church in Fort Lauderdale. Church leaders spent weeks counseling Michelle and told her that she should be a man. They bought her a set of men’s clothes in their thrift store and arranged for a church member, a plastic surgeon, to remove her breast implants. “Michelle was gone”.

Michael became a shaven-headed biker. He returned to the church complaining about what he had become, but they dropped him quickly when he said that he could not believe that Jesus rose from the dead. He regrets that he is not still Michelle, but cannot afford to go back. His mother and sister have stopped talking to him.


He was featured with Josef Kirchner in an MSNBC documentary in 2008.