Jorge Leodoro was born in Madeira. As a teenager, he lived in South Africa with his parents and five younger brothers 1989-1992. Mother and the boys returned to Madeira, leaving the father in South Africa.

At age 19, Leodoro, then thinking of himself as a gay man, moved to Woking, England with some friends, and worked in retailing and as a bank teller. As Nadia she completed transition in 2003.

In 2004, only a few months later, Nadia competed in Channel 4’s reality show Big Brother 5. Her fellow contestants were not aware of her gender history, but viewers were informed. £4.9 million was traded on Nadia alone by bookmakers. Her personality charmed viewers and after 71 days, she placed first, with 78% of the vote, and won £63,500. She was then on cover of Heat, the "self-appointed Big Brother magazine" four times in a row. The Sun newspaper tracked down her father in South Africa to inform him that he had a daughter – he had always wanted a daughter, he said.  Later that year she released a single, which charted at number 27 in the UK. 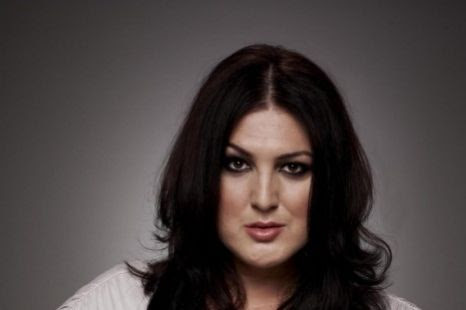 She has since appeared in other reality shows and television shows. In Ultimate Big Brother, in August 2010, another contestant was removed after making transphobic comment, none of which were broadcast, but Nadia also was evicted after conflicts with others. She objected that the transphobic remarks were not broadcast, and chose not to attend the final with all the other contestants.