"I was born in a car, and was taken first to the Carmarthen Hospital, but because I wasn't resident in the area, they sent me to the Swansea Hospital. Each one probably assumed that the other hospital had done a full examination."

From age 9, following a chance encounter, Lee was engaged to sing on recordings of classical music for compilation albums in that he was excellent at mimicking and copying well-known singers, and then from 1992 of dance music. He also sang with the Christian new age group, New Era. 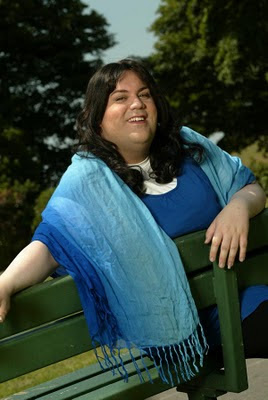 Lee went to a tough all-boys comprehensive school where he was bullied for being different. His parents had drink and money problems. He was abused by a paedophile ring and thus realized that he was not a normal boy. He visited different doctors, and was told different things. He was put on hormones and gained seven stone (44 kg) in weight, started to lose hair, and suffered from a weakened heart and immune system.

By 17 she was using the name Lisa Lee, and released the album The unknown story of Lisa Lee Dark. This was followed by three more moderately successful dance albums.

At 19 she finally discovered that she was a Congenital Adrenal Hyperplasia (CAH) female. She stopped taking hormones, and her hair grew back. Despite her chosen name, Lisa Lee doesn't think of herself as female:

"I've never classed myself as very masculine or very feminine. I just feel like me. People can find that strange, but I say now, 'If you can't accept me it's your problem, not mine.' People who grew up with me see me as a little boy. I think it would be too much for them to see me be extremely feminine. It wouldn't suit who I am. I'm just going to carry on as I am."

She managed to get work in advertising, and then doing voice-over work in Euro-trash horror movies, and then Hollywood movies, all under an alias. In 2004 she released Breath of Life, a classical cross-over album. It did not sell many copies, but Lisa decided that she would be an opera singer. She has never trained as such, but she studied opera singers until she found one, Renata Scotto (1934 - ), whom she could mimic closely, and many critics cannot tell them apart.

In 2008 she released her debut opera album, Sola, perduta, abbandonata, which contains her stage performance in Puccini's Turandot. Two further albums, The screen behind the mirror and Lorsque le temps d'amour a fui have been released. She has also performed on stage the title roles Suor Angelica and Madama Butterfly (both also by Puccini).

In 2010 was away from the stage for 16 months because of a throat tumour and the loss of her singing voice. She retrained her voice with less emphasis on copying Renata Scotto. She then signed a 10-album deal.