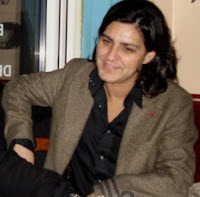 Bettina was raised in Reims by a Sicilian father and a French mother. He transitioned as Ludwig in the early 1980s.

He has made film documentaries, mainly about painters and writers, including: Pasolini, la langue du désir, 1985 about the Italian filmmaker; Images d'images, 1987 about 15th century painting; 3004 P about the painter Vincent Corpet; Au Coeur d'un autre temps, about Dante.

He lives in Reims, and recently has spent time in Senegal where he has been working on educational television. A retrospective of some of his films was held in Reims in 2007. In 2008 he released an autobiographical film, Ludwig.