Marie Madeleine was raised as a girl. At the age of sixteen, she developed a moustache and whiskers, and she decided to dress as a man. 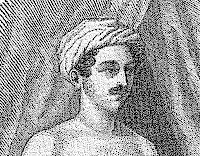 The same year, 1815, Lefort was presented at the Paris Faculté de Medicine, and examined by several renowned doctors. A commission was appointed to determine her sex. Two experts, François Chaussier, obstetrician, and Philippe Petit-Radel, surgeon, declared that she was a malformed male, but Pierre Béclard, professor of anatomy, insisted that he was a female but with a hypertrophied clitoris, a strong voice and a beard.

At the age of nineteen, Lefort decided that psychologically he was a man. He then avoided the attentions of authorities and journalists despite seeking medical attention a few times, until 1864 when as a man with a long grey beard he was admitted as a patient to the Hotel Dieu de Paris. He was treated for pleurisy, but died shortly from the disease. An autopsy revealed that he had all the 'essential organs of a woman' 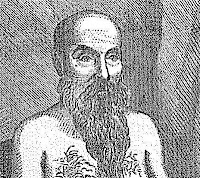 Despite a clear decision by Lefort to live as a man, all the medical accounts refer to him as Marie Madeleine and none give his male name, nor any details of what he did all his life.  How did he live? Did he marry?  Nothing is said.
Time: 06:40

Email ThisBlogThis!Share to TwitterShare to FacebookShare to Pinterest
Labels: patient