Pankaj Sharma was the son of an English professor and bank employee in Delhi. He often dressed as a girl, and by class 12 had a boyfriend. His parents took him to a sexologist, a psychiatrist and to the temple, but to no avail. 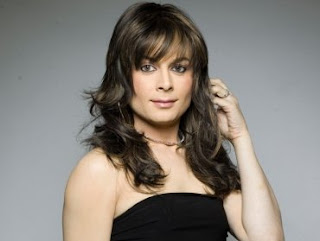 He eloped with his boyfriend before the final exams, and they travelled in east Asia and Europe. After two years he was called home as his mother was dying of kidney failure. His boyfriend called off their relationship, and later married and became a father.

Panjak attempted suicide but was saved by his father. He attended Khalsa college with the intention of becoming a teacher, but his father formally disowned him.

He left for Mumbai with only Rs 8,000, and slept at the railway station for the first fortnight, where he was taken to be a hijra. He found four young women who let him stay, and told him of a gay bar where, with his androgynous looks, he found work.

As Bobby, she applied for work in the film industry, encountering homophobic rejections, experimenting with different surnames until as Bobby Darling she got a small part. She has had laser hair removal and breast implants. She is considering genital surgery: "In India, it will cost me Rs 4 lakh, but in USA the cost will be about Rs 10 lakh. I would prefer the US, as such surgery is done there on a regular basis."

She has been in over 30 films in both Hindi and Tamil. She is listed in the Limca Book of Records for the most roles by a gay actor. She won Best Supporting Actor for the Tamil film Navarasa  (which features the Koovagam hijra festival) at the Monaco International Film Festival.

Her father now talks to her again, after he was a surprise guest on a television show.

In summer 2014 Bobby announced that she would probably not be going for genital surgery in that film makers who think that she is post-op no longer approach her.

In February 2016, it was announced that Bobby had secretly married her boyfriend, a businessman 15 years younger based in Bhopal. 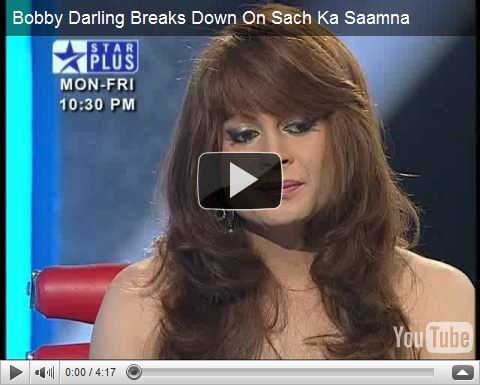