Douglas Wakefield, married and a father of two, was arrested and convicted in 1974 for strangling his uncle in Gipton, Leeds, beating him with a hammer and stabbing him 48 times with a garden fork. 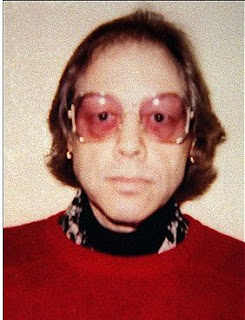 Later in HMP Parkhurst he killed another inmate. He twice took prison officers as hostage, and has done more than 1,000 hours in solitary. He also had a second marriage while behind bars.

In the mid-1990s he applied for and was allowed to change sex. After surgery, as Tai, she was transferred to New Hall prison for women.

There she met Thelma Purchase, who is doing a minimum 30 years for suffocating a disabled man who had left her £60,000 in his will. They decided to be joined in a civil partnership. They were able to pay the £345 wedding costs out of money that they had saved in jail.