In the 1850s when gynecology was just emerging as a medical speciality, Ludwik Neugebauer was a Polish pioneer in the field. His son Franciszek decided to qualify as a gynecologist. He studied first in Warsaw and then in Dorpat (now Tartu, Finland) where he gained his medical doctorate. He further studied in Leipzig, Dresden, Berlin, Paris, London and Vienna before returning to Poland in 1887. In addition to Polish, he was also fluent in English, French and German. In 1897 he became chief of the Gynecological Department at the Evangelical Hospital in Warsaw, a position that he would hold until he died. 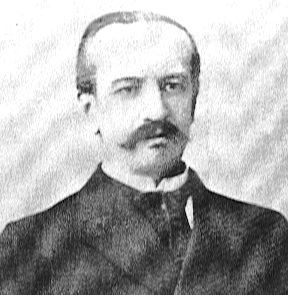 He developed a reputation for his work with hermaphroditism and with inborn deformities of the spine. Patients with malformations were sent to him from all over Poland and beyond. Neugebauer himself travelled all over Europe and North America to investigate reports of such cases. He carefully documented what he found in writing, photographs and casts. He readily shared his collection with other doctors. He regularly attended meetings of medical associations in these countries and was elected to memberships of the British Gynaecological Society, the Warsaw Medical Association, the Warsaw Science Association, the New York Obstetrical Society, the Paris Academy of Medicine, the Association of Pathologists in Brussels and Belgian Royal Academy of Science.

His writings consist mainly of observations with very little theory. He published in medical journals in Poland, Germany, France and Britain. Like most doctors of his generation he was very concerned to establish a person's 'true sex' for otherwise “disastrous consequences may follow an erroneous declaration of sex, and that not merely for the individuals immediately concerned, their families and connections, but for others besides". Consequences would include unhappiness, marriage to the same sex, divorce and even suicide. The 'true sex' of course was established by finding hidden testicles or ovaries, not by asking the person which sex they felt that they were. He was a major voice in the then emerging consensus that it is the gonads above all that determine a person's true sex. Other doctors needed to be educated to recognize the condition. In 1903 he published in the journal of the British Gynaecological Society "Hermaphroditism in the Daily Practice of Medicine: Being Information upon Hermaphroditism Indispensible to the Practitioner". He maintained that in addition to grave consequences resulting from erroneous determinations of sex, the frequency of such was that the ordinary practitioner could expect to encounter them. He advised his colleagues to go beyond prodding and poking, and search for evidence of ejaculation or amenorrhea in an apparent girl, and of menstruation in an apparent boy. He many times insisted: "pseudo-Hermaphroditism in its essence is a paradoxical incongruity between the genital glands on the one hand and the genital ducts and external genitals on the other".

His major work is Hermaphroditismus beim Menschen, 1908, which summarizes 2000 cases of hermaphroditism across history and around the world. He had observed forty or so of the cases first hand.

It took 81 years before Hirschfeld’s Die Transvestiten was translated into English.  Neugebauer’s Hermaphroditismus beim Menschen is still untranslated.  While the social construction of sex has moved on and we no longer regard the gonads as the ultimate arbiter of which sex we are, his book is presumable a work of scholarship according to standards of the early 20th century and if so would be well worth reading alongside Hirschfeld and Havelock Ellis.

I have attached the category ‘sex-change doctor’ to Neugebauer in that based on a person’s gonads he told several who had been raised female, were happily so and even married as such that they were men and must switch, and vice versa.

I use the term ‘hermaphroditism’ here as that was the term used during Neugebauer’s lifetime.
Time: 06:48