Denise Magner has claimed that she was born at the US Clark Air Force Base in the Philippines, but also that she was born in Finland. Either at birth or aged 2 she was assigned as a boy. He grew up in the Baltimore area. After puberty, as Denise, she became a lesbian-separatist, and also a hard rock musician. 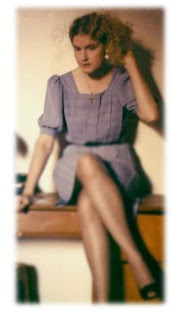 She also tried living as a man for a while, and became a patient of The Johns Hopkins Hospital Psychohormonal Research Unit and of John Money, and was operated on in 1974 by Howard Jones.


Later, in 1993, as Denise Tree she became editor of Linux News, and at this time was using a jhu.edu id (Johns Hopkins University). She was also a bicycle maker and metalworker. She took the name Kiira from the character in Star Trek: Deep Space Nine.


Kiira Triea was an early member with Cheryl Chase (Bo Laurent) of the Intersex Society of North America, (ISNA) and had an article in the first issue, 1994, of Hermaphrodites with Attitude, and maintained their website. In 1997 she founded the Coalition for Intersex Support Activism & Education (CISAE). Her essay of that year, “Power, Orgasm and the Psychohormonal Research Unit”, about her experiences at Johns Hopkins and being forced to be either male or female, was originally published by Dallas Denny in Chrysalis and reprinted in Dreger's Intersex in the Age of Ethics. The essay says that she was 14 when she went to Johns Hopkins.


She is credited with the design of the Phall-O-Meter, a useful tool for intersex activists to mock the doctors’ obsession that a clitoris must be less that 0.9 cm and penis more than 2.5 cm.

In her essay "Learning about transsexuality from transsexuals", Kiira explains that after she became an intersex activist, she was approached by supposed intersex persons, and claims that over 99% of them were lying. Many claimed to be true hermaphrodites or Klinefelter's but were obviously not.

"Finally, I began to understand transsexuality, as it was expressed by socially privileged former men, in terms of being antithetical to my understanding of the underlying socio-political causes of intersex oppression and at odds with my goals as an intersex activist. Certainly there are many conceptual frameworks within which intersex can be understood but I found feminism to be useful because it addressed the core issues of what sexualities and what bodies are allowable by an androcentric technocracy and answered questions like why would doctors create non-functional female genitals in children, not bothering to determine the results of those interventions for decades. I also began to wonder why the natural biological variation of intersex, which did not actually result in socially expressed 'gender variance', was not allowed while the biological variation and socially obvious gender variance that resulted when adult men attempted to modify their bodies to become female was allowed."

"I began then in 1997 to understand transsexuality and its supporting model of 'gender identity' not as medical syndrome but as a social instrument which eradicated understanding in order to preserve social privilege".

On the other hand, she found that HSTS or trans-kids were quite different:

"None of them had tried to write to me for several reasons, first was that they were not motivated to acquire any other legitimizing identity as were autogynephilic transsexuals because their social identities and personal identities were congruent. They simply seemed like normal feminine girls or women whose social ‘gender’ or what Suzanne Kessler calls ‘gender attribution’ was immediately obvious both in their appearance and behavior and required no theoretical explanation. They did not present themselves to me as intersex nor did they advocate for transsexuality to be classified as an ‘intersex condition’ because, in common with intersex children, they were a socially devalued population who were often medicalized harmfully as children."

These persons she had invited to her intersex groups. Kiira herself was invited by Michael Bailey to join his closed SEXNET mailing list. She became an advocate for Bailey's variation on Blanchard's ideas.


In 2004 Kiira launched the transkids.us website which endorsed the Blanchardian concept of 'homosexual transsexual' in distinction to autogynephiles. It was very quickly linked to by the Anne Lawrence and Michael Bailey websites. Kiira became the one and only public HSTS, although people pointed out that if she were a lesbian intersex, she could hardly be an HSTS (= heterosexual trans woman).

This is an overview of Kiira.  See the Andrea James pages for the details of her alternate autobiographies.

Triea, Dreger, Kessler all moved from ISNA to the Bailey camp.

Born in 1951, Triea was 61 when she died.  The only photographs available are from decades ago.


Dreger’s first essay is a defense of Triea after what James wrote.  However it merely dismisses ‘loony things said about Kiira on certain sites’ and does not address the issues.  Nor does she give any explanation at all why an intersex woman would be running an HSTS site.