John Leitham grew up in eastern Pennsylvania, cross-dressing secretly. He had a clear high voice and was able to sing harmony. He taught himself the basics of playing bass and was in a rock band in the post-Bowie androgyny phase, except that he was sometimes too successful at being androgynous. 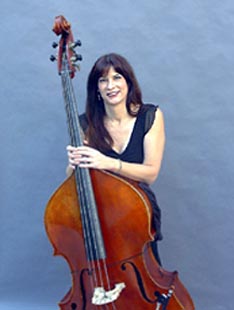 With the advent of Progressive Rock, he started four years of serious study of the acoustic bass. This led to a six-month gig with the Woody Herman Band.

He met a woman who was completely accepting of who he was and they married. His wife proposed that his name be Jennifer. In the mid-1980s they moved to Los Angeles and he became a regular with Mel Tormé until 1996. Then he joined the Doc Severinsen Band.

The Leithams divorced in 1996, and Jennifer found a good therapist who helped her to transition. She had surgery in July 2002 with Gary Alter. The gigs with Doc Severinsen continued but some of her other work dried up. She has worked more on her own music, and has started singing again after several decades. She has also started started standing to play and moves her body more with the music. She was a featured artist at Toronto Pride 2010. 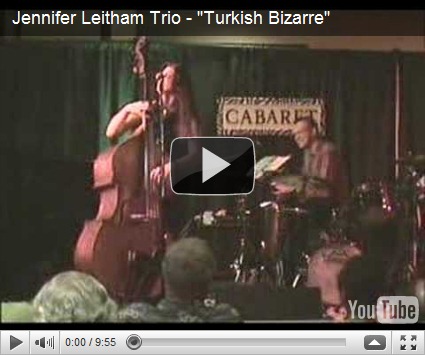