A boy born in a Winnipeg home for unwed mothers was adopted by Mr Boileau, a forest ranger, and his wife, and named Clifford. They lived in Manitoba and then western Ontario.

In Fort Frances, Clifford consulted Dr Challis who realized that he was transsexual. Dr Challis had studied with Dr Robert Ernest Cowell in London. Dr Cowell was the father of Roberta. 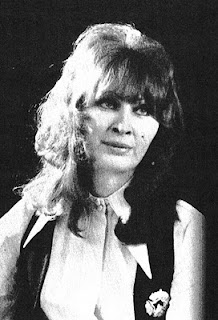 Clifford acquired experience in office work by working for Dr Challis and a local Lawyer. At 17 Clifford, with his parents' approval, set out alone for Winnipeg. It was Dianna who got off the train. She stayed in a modest hotel and applied for secretarial work. However the police visited her because she had spent time in the lobby and talked to people. She confessed her male identity which quite confused the policemen. Her parents came to take her home.

Dr Challis explained the situation to them of having a daughter, and her parents moved to Port Arthur (now part of Thunder Bay) so that Dianna could start her new life. However her mother was uncomfortable in the big city of 30,000, and they went back to Fort Frances.

Dianna moved to Calgary. She obtained work as a stenographer and art-school model. She developed a friendship with Rosemary, a divorced elevator operator. She and Rosemary shared a home. After getting too close to a man, and not wanting him to find out her sex, Dianna persuaded Rosemary to move to Edmonton.
She got a job as an instructor in a dance school. She got drunk for the first time with one of the other instructors, and they were arrested for petty vandalism. When her maleness came out she was sent to a mental hospital for an evaluation. The hospital outed her to Rosemary, but it made no difference. Dianna and Rosemary moved to Toronto. Dianna found employment as a stenographer in a law firm.

On a stifling June night in 1962, Dianna and Rosemary went for a midnight car ride to cool down, were sideswiped, and Rosemary died after the car hit the guardrail. Dianna's boss, being a lawyer, took charge. She told him that she was a transsexual. On the third day, she returned to work, and was arrested that afternoon, charged with criminal negligence causing death and dangerous driving. She was read by the prison matron, and transferred to men's facilities. She spent 4 days in the Don Jail for men, until her boss raised the bail amount. Her case also became a media sensation. She and her boss were bickering under the stress, and they mutually agreed that she should get another job. Dianna was arraigned as both Clifford and Dianna but was allowed to dress as Dianna. She was acquitted of criminal negligence at a trial in September. At the trial for dangerous driving in February, after 10 minutes the all-male jury also returned a verdict of not guilty.

Dianna started drinking, lost her job and used up all her savings, and attempted suicide. The attempt outed her at hospital, and the police informed her landlady. However the landlady took her in hand, stopped her drinking, and pushed her to get a new job.

She met other transsexuals, obtained leaflets from the Erickson Educational Foundation, and phoned Dr Leo Wollman in New York, which resulted in a prescription for female hormones from a local doctor. She started electrolysis. In 1969, she and a friend called Bambi, went to New York to be castrated by a doctor in Yonkers. They took four days to recover from this. In August she approached the gynecological department of Toronto General Hospital and was referred to Dr Betty Steiner at the new gender identity clinic that was being formed at the Clarke Institute of Psychiatry.

She underwent several months of evaluation, which included two weeks as an inpatient at the Clarke Institute, and getting a local social worker to interview her parents. She was sent to the penile plethysmograph, but was allowed to exit in disgust. Dianna became the first transsexual patient to be approved for surgery by the GIC, the first to be financed by the Ontario Health Insurance Program.  Was hers the first transsexual surgery in Canada?  There were some others at about the same time at McGill University and one at Dalhousie University.

Her operation was on 20 April 1970 at the Toronto General Hospital. The Edgerton technique devised at Johns Hopkins was used. Dr Steiner gave her a kiss as she went under the anaesthetic. Dianna was kept in the hospital for three months before being discharged. She gave a press conference in mid-September, giving only her first name. However she was overshadowed by Leo Wollman who flew up for the event, and predicted that transsexual women would be able to become pregnant within 10 years.


Dianna seems to have been a bit naughty and practiced time compression in her autobiography.  She states that in 1962, the time of the trial, she was 15 years younger than Rosemary who was about to turn 40, which would have made her 24.  In addition the book leaves the impression that she was one year in Calgary and less in Edmonton, and my mental image while reading it was that she was in her early twenties when the car accident happened. However the Globe and Mail articles on her trial state that Dianna was 32 and Rosemary 45.  Hence Dianna must have been born in 1930, and will be 80 now.

With the revised chronology, Clifford was a patient of Dr Challis in 1946-7.  So the statement, that he knew about transsexualism in that he had studied with Dr Robert Ernest Cowell, is odd in that Roberta had not started her transition then.

Dr Wollman is an unreliable narrator as we know from his movie, Let Me Die a Woman, and his prediction of organ transplants so that trans women can have babies, is the same nonsense that he spouts in the 1978 film.  Ten years from 1970 is 1980.  We are 30 years further on and it is still not likely.

If the Clarke GIC had continued the personal service that it gave to Dianna, it would have a much better reputation.