Keith Hull’s father spent ten years, including the Second World War hospitalized with what was finally diagnosed as ankylosing spondylitis, and was told that he would never work or even walk again. However when his wife became pregnant with Keith, he did find work, and eventually rose to being a production manager.

They lived in Harpenden, Hertfordshire. When Keith was seven, his parents became Jehovah’s Witnesses. Keith had frequent dreams of being a girl.  He was in a group of friends that dressed up which let him do some cross-dressing, and for two years had an arrangement with an adult woman who had him wash her naked body and dressed him as a girl. In teenage he was popular with girls, but preferred a platonic friendship with them. He left school with four O-Levels: his parents felt that further education was pointless as the end of the world was nigh.

At 21 he became a sales representative at Hoover, and fell in love and married Marylin. They had twin boys and then a girl. He was promoted to area manager and then to marketing. He became head of Saga DIY Retail and then sales and marketing director of Hestair Group (now part of Findel PLC) which specialized in educational supplies.

He was a workaholic and his home life deteriorated. Marylin persuaded him to see a doctor who hypnotized him with Marylin present, and she and the doctor decided that he was transsexual. Marylin dressed him in female clothes for the first time since childhood. He encouraged Marylin to take lovers, and became very depressed. He almost committed suicide.

He signed on with a new doctor (actually in the same practice as serial killer Dr Shipman), started on hormones and was referred to Dr Russell Reid at Charing Cross Hospital GIC. He hired a woman to coach him in femininity and deportment. His wife left taking the three children. He chose the name Stephanie Anne as his twin boys were named Stephen and Andrew, and chose Lloyd from his chequebook. At the end of 1983 at the age of 37, Keith left his job and returned early 1984 as Stephanie Anne Lloyd, having had surgery with Peter Philip. 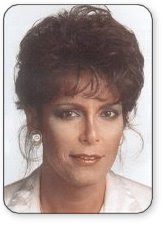 One of the employees sold the story to The Daily Mirror, and Hestair was besieged by reporters. Stephanie was persuaded to resign. She signed over all her assets to Marylin and had left just her clothes and 78p. She quickly found that no company wanted to employ her despite her experience in marketing.

However she soon had two rich men after her, even after she told them of her past. The Elders of the Jehovah’s Witness summoned Keith and disfellowshipped him, which required that Stephanie’s parents regard her as dead.

She decided to open a retail business for transvestites, and advertised in the Manchester Evening News for business partners who would provide capital. The first partner was her femininity coach’s brother, and a second partner was David Booth who owned a chain of supermarkets with his wife.

They found a suitable property on Bury Old Road, Prestwich, Manchester. The business Transformation, opened in October 1984, catering as a beauty salon to women and also to male transvestites. Because the business was not doing so well, Stephanie, with the advice of a solicitor, sold herself as a prostitute in the upstairs flat, until subjected to a full-scale police raid. At the trial in December 1985, Stephanie was given a suspended sentence.

David’s wife divorced him, and David and Stephanie became lovers. They were married in Sri Lanka in 1986 as it was not then legal to do so in the UK. They expanded the business, opening a London Branch just around the corner from Euston Station, and another in Birmingham. They created the Albany Gender identity Clinic which is located across the street from the Prestwich shop. In December 1989, when there was a controversy in that Lancashire County Cricket Club did not permit women members, Stephanie took advantage of the fact that she was technically still male and took out a membership in her male name. Thus she was able to get into the AGM and contributed to women members being accepted.

When Stephanie was ill in hospital, David contacted her parents, and was able to bring them to visit and reconcile them to her. Stephanie published her autobiography in 1991.

Another police raid with an extensive search found that their own-made videos did not have certificates from the British Board of Film Classification. They were fined ₤6,000 and sentenced to a year in prison, which Stephanie served in a women’s open prison near York. She was released on appeal three months later. 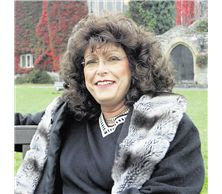 They have an adopted child, and raised David’s two children. Two of Stephanie’s children from her first marriage have accepted her.

Together, Stephanie and David have built a chain of six hotels in North Wales, where they also run transvestite getaways.

Following the change of UK law, they re-married in 2006. She has been voted the leader of the Llangollen Chamber of Trade and Tourism. In 2009, she was featured in a four-part documentary on BBC Wales.

Stephanie is not listed but should be as one of the notable local persons in the Wikipedia articles on   Prestwich and Llangollen.

It is certainly unusual for a gender identity clinic to be owned by a retailer.

Apparently Stephanie never did a real-life test before surgery.  It is not clear from her account whether Russell Reid was aware of that.

It is also not clear whether she was a private patient, or did she transition on the NHS.

By her own account, Stephanie never was a transvestite herself.

While her shops are obviously needed, both Andrea James and Julia Grant have criticized them for being overpriced and for selling products that do not work.

“A girl in a million” is a bit of an exaggeration.  Transsexuals are a lot more common than that.
Time: 00:22