Peter Bourne was born in the east end of London. He studied at the central School of Speech and Drama in the 1960s, and subsequently toured with Ian McKellan doing Shakespeare. He also had small parts in the television series The Prisoner and The Avengers. 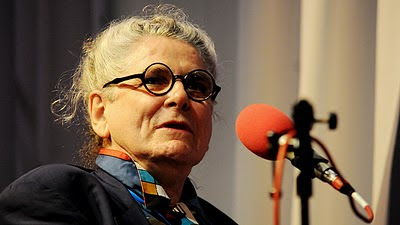 He then dropped out and became a Radical Feminist activist during the days of the Gay Liberation Front in the early 1970s. With a group of similar-minded radical drag queens he set up a squat in a disused film studio in Notting Hill.

When the New York gay cabaret group, Hot Peaches, played London in 1976, Bourne pestered them until he was taken into the troupe, and toured Europe with them. When they returned to New York, Bette, as he now was, was the main founder of Bloolips, the charity-shop drag review that kept going into the 1990s.

Obviously the term 'Radical Feminist" as it was used in London GLF in the early 1970s has a very different meaning from how it was used by Janice Raymond and her ilk.