Bruce Ivins was born and raised in Lebanon, Ohio. He was raised Presbyterian, but later became Catholic. He did a BS in 1968, an MS in 1971, and PhD in 1976, all at the University of Cincinnati. His dissertation was in the toxicity of disease-causing bacteria.

He was a scientist for 36 years, and a senior biodefense researcher at the US Army Medical Research Institute of Infectious Diseases (USAMRIID) at Fort Detrick, Maryland for 18 years. He initially worked on legionella and cholera, and in 1979 turned to anthrax after the anthrax outbreak in Sverdlovsk (now Yaketerinburg). He published over 44 scientific papers, many of them on anthrax. He was the co-inventor on two US patents for anthrax vaccine technology.

He played keyboard instruments at his church and in a Celtic band, and was a keen juggler. He and his wife had two children and were staunch Catholics active in the anti-gay, anti-abortion American Family Association.

At the same time he was allegedly a secretive cross-dresser who dressed in his basement, and corresponded to get photographs of women bound and blindfolded. It was also alleged that he was obsessed with the Kappa Kappa Gamma Sorority since being rebuffed by one of its members while a student, and broke into their sorority houses to steal ritual material. 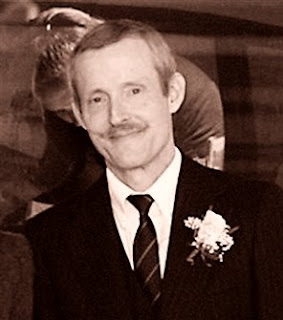 Following the aircraft attacks on New York and Washington in September 2001, there were mailings of anthrax-contaminated letters to two pro-choice Catholic US senators and several news agencies. The letters proclaimed “Death to America .. Death to Israel … Allah is Great”.  Ivins was on the team that analyzed the letters to determine which did contain real anthrax. Results were announced on ABC News that a chemical found in the anthrax indicated that it came from Iraq. This was later confirmed to be untrue.

In 2003, Ivins and two colleagues received the Decoration for Exceptional Civilian Service for their work in developing an anthrax vaccine.

The FBI investigations into the anthrax mailings focused on Steven Hatfil, also at USAMRIID, but exonerated him in 2008 and settled the lawsuit for $5.8 million that he had launched to defend his reputation.

The leadership of the FBI investigation was changed in 2006, and Ivins became the main focus. They raided his home twice; he lost his security clearance; he became depressed and attempted suicide; the Los Angeles Times reported that he stood to gain from the attacks because of his patents for the vaccine (however his employer, the US Army, owned the patents). Ivins committed suicide in July 2008 by drug overdose and died in hospital.

This account is the official version.   A quick search of the net will find many postings to the effect that Ivins was a patsy rather than a perpetrator, and maybe was murdered, and perhaps more so that he was murdered to cover up that he was acting on orders.  As the evidence of his cross-dressing comes only from the FBI, it could be invented assuming that it besmirched his character.