Jane Fae was previously John Ozimek, who was raised in Birmingham, the child of a Polish-born doctor. Ozimek studied at Oxford, and was was Britain’s youngest parliamentary candidate at age 21 in 1979 standing as the unsuccessful Liberal candidate in Newham South in London. Ozimek worked in student journalism and for Liberal News, and was a comedy writer for Noel Edmunds.

Ozimek married at 33, and they had a daughter. The marriage lasted two-and-a-half years.

Ozimek became a free-lance journalist, and has specialized in law and computer technology, privacy and censorship, and was a regular contributor to The Register and The Guardian. 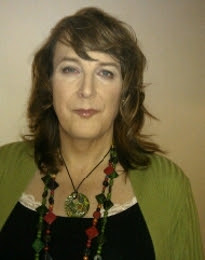 A second relationship resulted in a son. At Christmas 2009 John told of his gender troubles. In January 2010 Jane changed her name legally, and was diagnosed as gender dysphoric by an NHS psychiatrist and and a specialist.

Jane has since become the best known trans journalist in the UK.

In 2019 she published Transition Denied, about prejudice against trans people in general, and focusing on the tragic death of Synestra de Courcy.