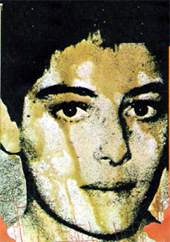 Sandra Mara Herzer was born in Rolândia, state of Paraná, Brazil. Her father was killed in a bar when she was four. Her mother, a prostitute, handed the child over to the state orphanage, and died shortly after. In the school records, Sandra was a difficult student often in fights, using drugs and alcohol.

However she published a book of poems, A queda para o alto (descending upwards). Sandra went through a period of identifying as a lesbian, but at age 14 adopted the name Anderson Bigode Herzer. (Anderson is common male first name in Brazil; Bigode= mustache).

At age 17 he was mentored by Eduardo Suplicy, a Parliamentary deputado, who was touched by Herzer’s poems, and hired him to work in his office.

However, Herzer was traumatized by his upbringing and jumped from the Viaduto 23 de Maio in downtown São Paulo. He died from his injuries. 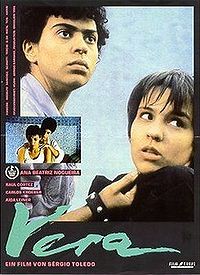 His life, based on his writing, was turned into the film Vera, 1987.
EN.Wikipedia.