William Griglak was raised in Cleveland, Ohio. He became a Catholic priest and 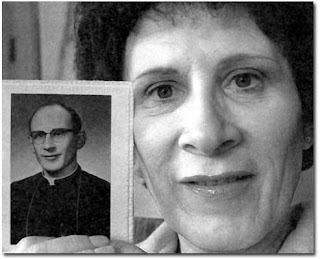 earned a PhD in Psychology at The Catholic University in Washington D.C..

William resigned the priesthood in 1969, and transitioned surgically to Nancy in 1979 with surgery from Dr Biber.

She never returned officially to lay status, and thus is claimed as the first female Roman Catholic priest.

Of course there are other candidates for 'the first female Roman Catholic priest'. I seem to remember an Italian priest who transitioned around the same time, but I cannot find any details any more.
Time: 10:09