The murderers amongst us

I recently noticed an upsurge in my top-ten articles of those convicted of murder, and was wondering why.

Then I discovered this terfy page. Several of the comments added by JLeGuin (the original poster) link to articles in my encyclopedia.

TIM is one of those terfy terms, an acronym for ‘Trans Identified Male’ meaning a trans woman.

GVWW is not an apologia for trans persons. I attempt to report truthfully whatever I find. It is the case that there are some trans murderers. As there are multiple millions of trans persons that is not surprising. Pick any other group - academics, shopkeepers, immigrants, housewives, musicians, actors, computer programmers, lesbians etc, and you can compile a list of those charged with and even convicted of murder or manslaughter. 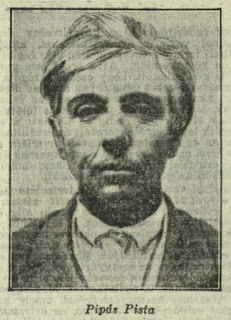 It would also help if JLeGuin bothered to get his/her facts right. In particular it is not true that Synthia China-Blast was convicted of rape. By all accounts she is a Kinsey 6 and has never even had sex with a female.

For comparison here are some lists of musicians and other celebrities who have been charged with or convicted of murder:

IMDB(Celebrities who have killed someone)

Listverse(10 Rock and Metal Musicians who killed Someone)

The Top Tens(Top 10 Musicians who killed Someone)