Note1: In Hungarian/Magyar third person pronouns are not gendered. Ő is used whether the person is male or female, and will be used here for the protagonist, but, to avoid complication, only for the protagonist. The accusative, him-her, is őt; the possessive is övé.
Note 2: Hungarians put the family name first, as do Basques, Chinese etc.
Note 3: If a traditional Hungarian woman takes her husband’s name, ő adds né to it. So when Fődi Viktória married Rieger Pál ő became Rieger Pálné.

Fődi Viktória was born in Átokháza ( which actually means 'curse house') , 40 km east of Szeged in what is now southern Hungary.   Ővé father a jobbing shepherd. Ő continued animal herding until age 17 while other girls were put to working as servants from age 12 or so.

Ő was then married without övé consent to 46-year-old Reiger Pál, a wagon driver, and became known, as per the local tradition as Reiger Pálné. As no dowry was provided, ő was regarded as a sort of unpaid domestic servant. A few months later Pál made a wrong accusation as to who was stealing his tobacco, and then found out that it was his new wife. Ő had been smoking since childhood on doctor’s advice because of a lung disease. He also learned that when working as a shepherd, ő had become accustomed to drinking in taverns. Most years they had a pregnancy, six in all, but most became miscarriages, and only one child survived. Ő hated having sex with övé husband, and he beat őt regularly. 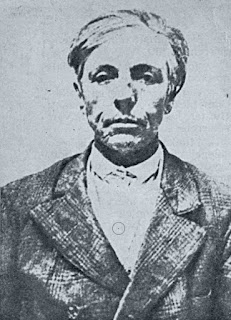 In 1910, ő left him. Ő flattened övé breasts with rags and straps, wore male clothing and gave övé name as Pipás Pista (Pista is a nickname derived from Istvan or Steven, and Pipás is a pipe smoker). Ő travelled around the Great Hungarian Plain doing male jobs such as plowing, sowing, harvesting and slaughtering pigs. Ő was primarily employed by widows or wives whose husband was not able or not doing the job for whatever reason. The advent of war in 1914 increased such employment.

With the end of war, the dual sovereignty of the Austrian Empire and the Kingdom of Hungary fell apart. Austria became a republic. In Hungary, after a year of being a republic, strongman and last Admiral of the Hungarian Navy, Miklós Horthy took over, re-established the Kingdom of Hungary and declared himself Regent. The apparent king, Károly IV, twice attempted to take the throne, but was rebuffed, exiled to Madeira and died shortly afterwards. Hungary continued as a kingdom without a king. By the Treaty of Trianon, 1920, Hungary lost over 70% of its territory as Czechoslovakia, Yugoslavia and Poland came into being, and Romania was enlarged.

Szeged was now a border town close to both Romania and the new Yugoslavia. Pipás Pista went into a partnership with a wagon driver to smuggle goods from Subotica (Szabadka in Hungarian). 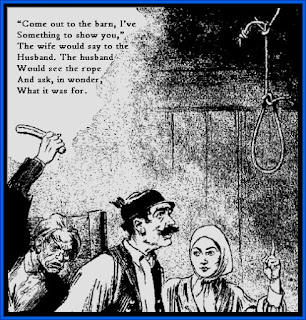 Some wives, having become used to independence, were not too happy with the return of their husbands from the front, especially if they were abusive. Divorce was not an option. In 1919 Pipás Pista performed övé first husband killing, that of Börcsök István, with the help of two male assistants, and in front of the wife and children. Pipás hiding behind the main door, put a rope around Börcsök’s neck, at which moment övé accomplices threw the other end of the rope over the beam, and started to pull it as quickly and as strongly as they could. They then carried the body to the stable—with the help of the victim’s oldest son—and hanged him so that it would resemble suicide. Pipás put a chair under the hanging corpse and knocked it down to look like it had been kicked away.

The widow did not feel secure alone and invited Pipás to live with her. However ő stole hens and was often drunk. The widow felt that Pipás was as bad as her husband. Ő did not co-habit with any other later clients, mainly being paid with agricultural products and some money.

It is not recorded how many husbands were removed by Pipás Pista. Word of övé services spread by word of mouth, but the authorities were not informed. The land was poor in the region, and small farmers were fairly often driven to genuine suicide.

In 1929 there was a big murder scandal in Tiszazug, 95 km north of Szeged.  Authorities were alerted by an anonymous letter that there was an epidemic of arsenic poisonings in the area.  The arsenic was mainly obtained by soaking it out of fly-papers, and many of the victims were unwanted husbands. Exhumations at the cemeteries found 162 corpses apparently murdered – the deaths dating back to 1911. People began to speak of the Angel Makers of Tiszazug (Tiszazugi méregkeverők). 34 women and one man were indicted. Afterwards, 26 of the Angel Makers were tried. Eight were sentenced to death but only two were executed. Another 12 received prison sentences. However the investigation had become inconvenient for the government, and further investigations were discontinued.

In June 1932 local police broke up a couple quarrel, and walked the woman home. The man’s former wife was the daughter of one of the husbands that Pipás Pista had eliminated. The woman talked too much, and soon afterwards Pipás Pista was arrested and with two of övé clients and övé assistants was put on trial. After the Tiszazug scandal, authorities wanted to minimize the charges against Pipás Pista.

The arrest of course outed Pipás Pista as having a female body, and ö was compelled to dress as a woman for the trial, something that caused őt obvious distress. Ő remained unwilling to admit to being a woman, even though it was reported that her gender was an open secret.

Pipás Pista was sentenced to death in January 1933, but the sentence was commuted by the Regent Miklós Horthy. Pipás Pista died in prison in 1940 suffering from emphysema and myocardial degeneration.
HR.Wikipedia

As the old saying goes: divorce is better than murder.   However in a culture where young woman, that is teenage girls, are married off without their consent and divorce is not available ....

These are hardly the only examples of husband elimination.

Here is the case of Madam Popova executed in Samara, Russia in 1909 accused of over 300 such killings.

Tamas Bezsenyi, in The Spectacle of Murder comments:


"In fact, this kind of murder, the poisoning of men returning home from the war, was not a new kind of criminal activity among women, especially among rural women. In the Gendarme pocketbook (which was published every year) of 1904 an anonymous officer wrote an analysis about the poisoning crimes. He stated that this kind of crime was really well known among midwives (old women who assisted in childbirth), for whom active ingredients of various chemical agents was already known. These women distributed these agents in exchange for money or other benefits in several parts of the country. In a research group, we analysed the poisonings around Tiszazug. We found that the first case of poisoning took place in 1905. During the Horthy era the existence of poisoning can also be proven in other villages besides Tiszazug, e.g. in the county of Békés and Csongrád. Across the Danube, on the other side of Hungary, in the county of Zala, some cases also revealed the use of arsenic."