The DSM - Part I: history of the APA

Part I: history of the APA
Part II:  reading the 7 versions of the DSM
Part III: comments

The Association of Medical Superintendents of American Institutions for the Insane, also known as The Superintendents' Association, was organized in Philadelphia in October, 1844 at a meeting of 13 superintendents, making it the first professional medical speciality organization in the U.S. What became its organ, The American Journal of Insanity (AJI) was also first published in June 1844 by the Utica State Hospital. It was officially acquired by the Association in 1892.

In 1875 the American Neurological Association was formed mainly bringing together physicians who had treated brain-damaged soldiers in the US civil war. Many neurologists distrusted the Medical Superintendents, thought that the asylums were mismanaged, and in some states called on the legislature to investigate the asylums.

The Association of Medical Superintendents changed its name in 1892 to the American Medico-Psychological Association. In 1894, for its 50th anniversary, the the American Medico-Psychological Association invited Dr. S. Weir Mitchell, a prominent Philadelphia neurologist to address the annual meeting. After querying a number of his colleagues, Dr. Mitchell delivered a scathing address to the superintendents. He said that they had isolated themselves from medicine and they sought no new scientific information through their work, their medical records were inadequate, and their educational efforts among the profession were minimal. The superintendents made little reply to the address.

In 1917 they developed a new guide for mental hospitals called The Statistical Manual for the Use of Institutions for the Insane. This guide included twenty-two diagnoses. This evolved into the Diagnostic and Statistical Manual of Mental Disorders (DSM) from 1952 onwards and which the APA continues to maintain. It has a core use for billing within the US medical insurance system, but has become the authoritative list of mental disorders which controversially once did include homosexuality, and still does include trans conditions. This organization has laid down rules as to what constitutes a transvestite, a transsexual etc. These are to be found in its DSMs.

The DSM has become a manual of mental conditions, and is used more widely, even outside the US, and as such is regarded by some as a reification of socially disapproved thoughts and behaviours as disorders. 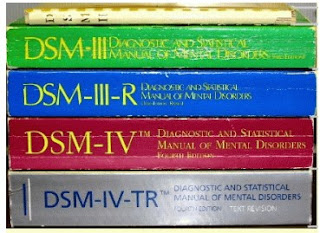 EN.Wikipedia(American Psychiatric Association, Association of Medical Superintendents of American Institutions for the Insane)