Ashley Robin, who had stepped in as the head of the GIC appointed Donald Montgomery as clinical physician in 1984, and retired in 1985.

1985 Christine Goodwin, bus driver, became a patient. She would later win recognition as legally female at the ECHR in 2002.

Two studies were carried out at the GIC by Charles Mate-Kole, Maurizio Freschi & Ashley Robin.


a) “We presented the results of a retrospective study of 150 patients and a second, randomised controlled study of 40 patients. We studied 150 male transsexuals at different stages of treatment: assessment stage (n= 50); waiting list stage (n= 50); and postoperative stage (n=50). The results indicated a significant reduction in neurotic symptoms and improved social state in transsexuals postoperatively compared with patients at the waiting list stage, who fulfilled the criteria for surgery but were awaiting operation, and assignment to an assessment group.”

b) We “compared two groups of male transsexuals who had been assessed and carefully selected for surgery. They were randomly assigned to one of two groups; the experimental group had their waiting time for surgery brought forward so that they were operated on within three months of fulfilling the criteria, and the control group had to wait for the routine two years before undergoing surgery. All the patients were equally matched for age, social class, number of years of clinic attendance, and several other variables that might affect outcome. The results suggested that after two years of follow up there were significant differences between the two groups on a number of psychiatric and social, variables, showing a significant advantage for the experimental group over the controls.”

11-12 December 1986. International Conference on Gender Identity was held in London. This was really a British conference, but the Clarke Institute, Toronto was represented, and thus the name. It was organised by Charles Mate-Kole, research psychologist at the GIC. “Addresses covered a broad range of themes from the literary style of transsexual autobiographies to the hepatotoxic effect of methyltestosterone, and from the work of the speech therapist in the team to the latest surgical development in phalloplasty which uses a radial artery flap to create the urethra. The present legal disabilities of transsexuals were discussed and an interesting paper on classification clarified the distinction between transsexualism and homosexuality yet noted the curious variants in the relationship of gender identity to sexual orientation.” The Mate-Kole-Freschi-Robin studies were presented.

In 1987 J Bryan Tully completed his PhD thesis, Accounting for transsexualism, based on 204 trans patients, most of whom were seen at Charing Cross GIC, and concluded that “here is a fundamental weakness in the imposition of psychiatric 'syndromes' on gender dysphoric phenomena. Rather, 'gender dysphoric careers' are proposed as fluctuating enterprises in the construction of meanings, some meanings being more fateful and workable than others”.

Grant Williams, consultant urologist at Charing Cross Hospital, wrote to the British Medical Journal in November 1987. “One gender reassignment operation takes the whole of one afternoon in the operating theatre. During that time, I could perform 10 cystoscopies or resect four prostates or do three vasovasostomies. Most people would feel that to pursue gender reassignment surgery in the current climate must be bottom of the list of medical importance. The hospital continues with this, although it is totally against the wishes of the division of surgery." Charing Cross GIC doctors Charles Mate-Kole, Donald Montgomery, James Dalrymple & Steven Hirsch wrote to the BMJ in reply: “He is unaware of studies done in our department, the results of which were presented at a conference in December 1986 at this hospital”. RP Snaith from St James University Hospital, Leeds, pointed out that while surgeons at Charing Cross oppose gender operations, “and this is understandable since this one hospital has undertaken the major proportion of this work for the whole of Britain. This unfair burden should be corrected, as I pointed out, by the establishment of regional services.” Williams resigned from Charing Cross the next year.

Donald Montgomery gave a presentation at the Gendys ’94 Conference in Manchester discussing the GIC from the doctors’ point of view. At that time the clinic was getting over 300 referrals a year, 80% mtf, of whom 20% had “some form of gender reassignment surgery within five years”. He presented a typology: “primary core transsexualism, secondary transsexualism, the heterosexual transvestite, the asexual cross-dresser, the female transsexual, the small - the very small - number of patients with a biological component”. He discussed other GICs: “We are by far the biggest in the UK if not Europe, if not the world, I think, in terms of patient referrals. There is a small clinic just for the Leeds/Yorkshire catchment area. Professors Goldberg and Linton used to have a clinic here in Manchester but I think all the Manchester patients are probably being referred to us at the moment. There are occasional psychiatrists scattered around the UK that have an interest in gender identity disorders, without professional back up on the whole. Dr. Christie Brown still has his clinic at Maudsley Hospital but I think it's probably running down rather than increasing. Dr. Dunleavy in Newcastle and his colleagues have a small clinic there. There is also the child and adolescent clinic at St. George's”

Jackie McAuliffe had surgery in 1995. Later she would work as a prostitute in Paddington Green and be featured in a docu-drama based in the area.

++The GIC was moved out of the Charing Cross Hospital and into a smaller building, the Claybrook centre.

Kelly Denise Richards, serving time at HMP Parkhurst for assault and robbery, was a patient. While still incarcerated, she had surgery and was transferred to a women’s prison.

In December that year it was announced that the number of NHS sex-change operations was set to triple, and that Charing Cross GIC would increase such operations from one to three a week at an extra £1 million per annum. Liam Fox, the Conservative shadow health secretary denounced the Labour Government of pandering to lobby groups. 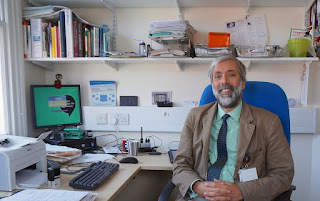 ++Stuart Lorimer joined the GIC, first as an intern, but soon had his own weekly clinic.

In 2003 the GIC moved into its new premises at 179-183 Fulham Palace Road. It was now part of the West London Mental Health NHS Trust. 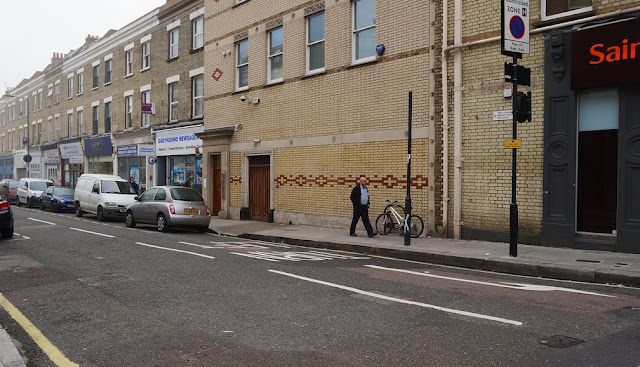 2004 Charles Kane, businessman, in detransition, was, unlike his transition, a client of the GIC.

2004 In 2004 as the Gender Recognition Bill was proceeding through parliament, psychiatrist Russell Reid faced a complaint to the General Medical Council that he too easily accepted patients for hormone therapy and surgery. The complaint was brought by four of his colleagues at the Charing Cross Hospital Gender Identity Clinic, psychiatrists James Barrett, Richard Green, Donald Montgomery and senior registrar Stuart Lorimer on behalf of four of his former patients. Reid retired his NHS post the next year. In 2007 Reid was found guilty of Serious Professional Misconduct, mostly for failing to communicate fully with patients’ family doctor (a rule that many doctors are unaware of) and not documenting his reasons for departing from the HBIGDA Standards of Care guidelines sufficiently.

The same year David Batty of The Guardian interviewed the GIC surgeon James Bellringer and was told “The number who express immense gratitude is overwhelming”. However Persia West who researched a report on the needs of trans persons in Brighton and Hove (many of whom had been referred to the Charing Cross GIC) and found “The level of dissatisfaction with the Charing Cross GIC was very high, in essence concerning the time the treatment took and the manner in which it was given.”

++Christina Richards, herself trans, became part of the staff at the GIC.

++2007 Stuart Lorimer represented the GIC at a panel on trans health care as part of London's LGBT History Month, and then at the 2007 LGBT Haelth Summit in Manchester.

2011 A proposed conference, Transgender: Time to Change sponsored by the Royal College of Psychiatrists and led by Az Hakeem of the Portman Clinic, and featuring Julie Bindel, but with no input from any trans persons, was cancelled after the Charing Cross team criticized the emphasis of the meeting: “It now appears that the conference comes at trans issues from a very specific agenda, namely, to explore the validity or otherwise of gender diagnoses as medical and psychiatric phenomena. So long as this is the case, we feel we can’t support it.”

US physician Ted Eyton visited the GIC in 2013, and reported that it gets 1500 referrals per year from GPs. This rate has been doubling every five years. Charing Cross GIC gets about 50% of referrals in the UK. This was the same year as the Conservative-Liberal coalition proposed to demolish the main Charing Cross building, and to sell off 60% of the site to private developers.

2014 James Bellringer, who had been doing the majority of vaginoplasty work for Charing Cross Hospital resigned.


“However, as WLMHT moves forward it is necessary to refocus the services that we provide. The Board has made a decision that the medium-term strategic focus for the Trust will be to develop mental health services, physical care and integration between the two.

“As a result, the Trust has come to the conclusion that patients requiring gender identity services would be better served in the long term by another provider, and has therefore served notice on our contract to NHS England.”

++However it was becoming increasingly obvious that as trans persons were no longer regarded under a mental health rubric, the connection with WLMHT became more strained.  In 2017 the GIC was repositioned within the Tavistock and Portman NHS Foundation Trust.

Deborah Blaustein’s University of London thesis sounds quite interesting. Unfortunately I was not able to find a copy.

Re the two Mate-Kole-Freschi-Robin studies: obviously transsexuals who have been granted what they need are less neurotic than those who are frustrated by being kept waiting year after year for no good reason.

Obviously the attitude of the staff is much better than it was in the 1960s under John Randell who insisted on using birth pronouns and telling trans women that they would always be men. However Persia West’s report shows that there is further to go. The proposal that Charing Cross GIC be discontinued and replaced by local GICs is possibly a good thing, if it is done right. However the track record of the Conservative government since 2010 does not bode well.
Time: 14:30