James Dalrymple was born in Cardiff, his father a doctor.   He himself qualified as a doctor at Charing Cross Hospital, London, in 1955, where he became a resident obstetric officer.

He did his national service in the Royal Army Medical Corps January 1957-December 1958.  Afterwards he worked as a surgeon at Prince of Wales Hospital, Royal Masonic Hospital, St Mark's Hospital, all in London, and then at the London Hospital in Bath and Darlington Memorial Hospital, County Durham.

In 1967 Dalrymple moved to Ontario and did orthopaedic surgery at Oshawa General Hospital, and then at the Port Perry and Uxbridge hospitals. 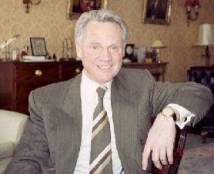 In 1970, he went to Peru, where he helped establish the surgical department of Hospital Amazónico Albert Schweitzer in Pucallpa, a charity foundation for the poor. In 1975 when the hospital ran out of money, he moved on to South Africa, where from October 1975 to December 1977 he was a principal surgical specialist and later medical superintendent at Umtata Hospital in Transkei.  He briefly returned to Canada, where he was a surgeon at Inuvik General Hospital, North West Territories.

From 1979 he was back in London, and worked at the London Hospital, the Olchurch and Rush Green hospitals in Barking, and then St Andrew's Hospital, Bow.

He then trained for genital surgery under Peter Phillip, and took over his practice when he retired in the early 1980s.  He did operations at Charing Cross Hospital, and also did private work with psychiatrist Russell Reid.

He performed over 2000 mtf transgender surgeries before he retired in the early 2000s.

*Not any of the Viscounts of Stair, nor the cricketer, nor the manager of Glasgow Corporation Tramways.
TSRoadmap    Plarr
Time: 08:42