McGonigal was raised in Gisborne, north-east New Zealand. He cross-dressed from age 7, but also played in the school's rugby first 15 and was head prefect.

At 21 he consulted a doctor about feeling female, and was advised to grow a beard.

He became a farmer and business man who was married for 14 years, and with his wife had two children. He experimented with female hormones even before divorce.

His then girlfriend found out and there was a revelation at his daughter's 21st birthday, and within days all the family knew. His father died 10 days later. Rejected by the children, whom she has not seen since, McGonigal lost 20kg (3 stones) in weight.

Racheal, as she became, had genital surgery and breast augmentation with Dr Sanguan Kunaporn in Phuket, Thailand, February, 2006. The operation was filmed.

Racheal became a prostitute under the name of Storm. With Summer Bardot she escorted across Australia and New Zealand. She later returned to New Zealand and lived in Auckland where she opened a brothel. 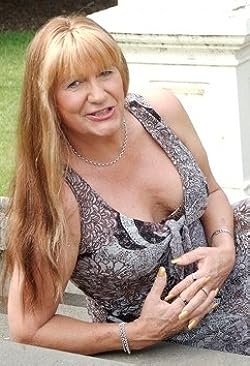 She was featured in Rachel Francis &  Michael Larsen's 2012 book about the sex industry in New Zealand.

Racheal has published 6 books: 2 volumes of autobiography, a novel, a book of photographs from Andrew to Racheal; a collection of articles on trans topics and a short guide to transition.


"The only things I'm missing are my kids and a partner. I love my kids and I think about them every day. I'm their father, always was and always will be."

Racheal describes herself as a ‘sex-change female', not a phrase that has caught on.

Top marks to Racheal for her transsexual pride and her willingness to show photographs of her male phase.
Time: 09:08