Wallbank was raised in an Irish Catholic family in Sydney, with a father in the army. Wallbank met a wife at a school dance, and told her of feminine side before marriage.

Wallbank did a Law degree at the University of New South Wales, and was called to the bar in 1980 in Sydney, and has owned a firm, Wallbanks, since 1985. Wallbank is an accredited specialist in Family Law.

The Wallbanks had two daughters and a son.

Wallbank transitioned as Rachael in 1994, after her mother had died. She was apprehensive in that she did not know of any other lawyer who had transitioned. However enough clients stayed that the business could continue.

Mrs Wallbank left and has since remarried. The children


"showed to their friends that I didn't have horns to the extent that my children could openly refer to me as 'Dad' and no-one would raise an eyebrow".

Rachael's father was initially unsupportive, but finally came round and gave Rachael her mother's engagement ring. He died in 1999. 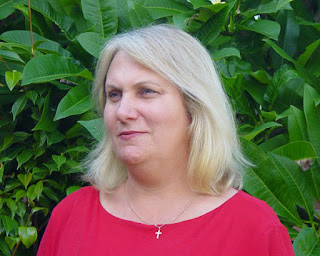 A highlight of Rachael's career was acting for Kevin (FTM) and his wife, Jennifer (pseudonyms), who had been denied the right to legally marry. Professors Louis Gooren and Milton Diamond gave evidence. They proposed and the Family Court of Australia recognised that transsexualism is a biological variation in human sexual formation, rather than a psychological disorder.

In 2001, the Family Court of Australia ruled in favour of Kevin and Jennifer, and later the Full Court of the Family Court dismissed the government’s appeal. This was the first ruling in Australia that decided that Corbett v. Corbett (UK, 1971) is not persuasive and does not follow Australian law. A major legal precedent.

Rachael says that her own sex affirmation as a woman never stopped her being a father, and she is on good terms with all three children.

More recently Rachael has been attempting to restore the right of trans children to have medical treatment in their teens without first obtaining approval from the Family Court as required in a 2004 ruling.
TS Successes     LinkedIn
Time: 08:33