Pooya was raised in Tehran. As a child she did not even realise that she was not officially female. As a teenager she withdrew, and by 16 was hardly talking or eating.


“I had never met a trans person — never even personally seen a trans person, except as some twisted depiction in a Hollywood movie. ... There was no outside voice: no articles, no television show."

Her mother took her to a friend's husband, a psychiatrist who happened to have studied sexuality and gender, and named her problem as gender identity disorder. Her mother's reaction was that Pooya should not do anything about it until both parents were dead.

Pooya slipped into her deepest depression. She started walking the streets at night and getting into men's cars. She had therapy sessions with three different psychologists who attempted a 'cure'. Her friends stayed away, even after the government psychological board officially declared her to be transsexual. At age 18 Pooya made several attempts to kill herself.

Her parents realised that they would lose their child unless she was allowed to transition, but were still afraid of the social reaction in Tehran. They looked into emigration, and in 1997, the family was able to move to New York City, and initially were living on savings.

Pooya quickly found a psychiatrist and started on hormone therapy. Pooya, though a name given more often to boys, is a unisex name in Iran meaning 'dynamic', and so there was no need for a change. 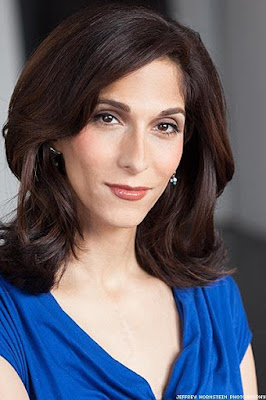 Pooya studied textile design and fashion at New York's Fashion Institute of Technology (FIT), where she was part of the FIT theatre ensemble. She also trained as a massage therapist.

In 2003, Pooya married a man 17 years older, but arguments developed after her final gender-affirming surgery around the notion that she should have gotten his opinion on the surgery. Finally he tried to choke her.

From 2009, Pooya started singing and acting, and graduated from the Maggie Flanigan Studio in 2012. She now has 32 credits on IMDB.

Working mainly in stealth, she noticed a distinct increase in casting calls for trans actresses, and in applying for them sometimes privately disclosed to the director that she was so. On June 26, 2015, the day that the US Supreme Court ruled that same-sex marriage should be recognised, Pooya announced on her Facebook page that she was trans. The next day, at her current gig, Death of the Persian Prince, she was congratulated by the director-writer and by her co-actors.
IMDB   Pooyaland    BroadwayWorld
Time: 06:32