After a degree at the School of Cinema and Television at the University of Southern California,  directing two feature films before the age of 30: Brothers of the Wilderness, 1984, and The Strangeness, 1985, recording many hours of music, marrying as a man and fathering two children,  Melanie became involved with the International Foundation for Gender Education and worked with them to produce a VHS Tape on developing a female voice which focuses on voice resonance rather than pitch.

In 1991, Melanie took a break from film-making and, with her long-time writing partner Chris Huntley, developed the Dramatica Theory of Story, for which they had first laid the foundations while still at college together. 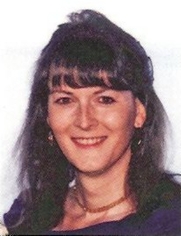 She also began her three-year transition that concluded with surgery with Dr Biber in Trinidad, Colorado. She kept a daily journal during transition which is available online. In 1994 she set up the first online transgender support site, and became one of the most cited advisors on developing a female voice.

After three years of full-time effort, the first version of Dramatica (Amazon reviews, WIKIPEDIA) was released. It is one of the most sophisticated software packages for fiction writers, which included a long manual, and supporting videos. Melanie also teaches courses in Dramatica theory through UCLA.

In October 2006 in an essay on her Heartcorps site, and reprinted on Gender Life Forum, she wrote:


"I've unintentionally perpetrated a great disservice.  I've given the impression the anyone can learn to sound completely female in voice as I have.  That's why I created the voice video I've been selling for about ten years.  Now, I'm not so sure. And in my diary, without ever considering an alternative, I've presented myself as just another transsexual and documented my story in the hope it might smooth the way for others.  But now I wonder if it doesn't really foster false hope. … out of all those who have sex reassignment surgery, only a very few have female minds.  All the rest, no matter how feminine they have become, have male minds - they don't just think like men, then think as men. ... After all, those who speak in a female voice are as rare as those with female minds, in my experience.  Sure, anyone can learn to be more feminine in their speaking, but to actually alter the timber of the voice so it is rich and full but female in resonance, that may be beyond the ability of the rank and file transsexual."

However she does insist:


"Now, granted, a woman born into a male body is no more entitled to sex change surgery than any man who wanted it.  And the standards that they use to determine if you can receive surgery are ignorant, outdated, and laughable, if they weren't so cruel. Honestly, SRS should be available to anyone who wants it, as long as they are certified sane.  No RLT should be required.  I don't know of a single individual (though there must be some) who determined to have the surgery and then changed their mind because of problems with RLT.  And I don't know of anyone who had the grit to go through with the surgery who didn't have what it needs to get through RLT. … Again, there is nothing better or worse about having SRS if you are of male or female mind.  And the achievements of anyone from that community who has a female mind and a collection of female physical traits may not be as heroic or laudable as it first appears.  They simply may have had more to start with and an easier path because there was less to alter. Ultimately, I think of female minded post-ops as intersexed women rather than transsexual.  In some, they are close enough to the range of normal male physical form with fully functioning testicles and no ovaries that no medical professional would class them as hermaphrodites.  And yet, possessing many of the traits above, they are truly intersexed in all ways except the reproductive organs."

On her web site Melanie describes herself as "parent of two, still married to my spouse of thirty years but living with another woman, my soul mate, for the last eight years".

Andrea James' TS Roadmap is dedicated to Melanie for her inspiration.


*Not Melanie Phillips the Daily Mail journalist who was nominated bigot of the year.
*There is no connection between Dramatica and the rude and satirical Encyclopedia Dramatica.
IMDB    AMAZON    WORLDCAT    LINKEDIN

WorldCat dates the IFGE tape to 1980 which cannot be right as IFGE was not founded until some years later.