Garrett, a polio survivor, was a poet associated with the surrealist school in the 1930s and a short-story writer from the 1930s-50s. He married in 1947 and became a journalist for the New York Herald-Tribune, which led to him becoming acquainted with Dr Leo Wollman.

The Herald-Tribune ceased publication in 1966. Oppenheim became a hypnotist and sex counselor, operating from his home in Tappan, New York. For a while he was the associate editor of Venture, a slick travel magazine. He was then employed by Medical Economics Magazine in New Jersey to help develop a cassette tape program for medical professionals on such subjects as malpractice and office management.

Oppenheim and his second wife Fae Robin founded an organization called “Confide Consulting Service” - later "Confide Personal Counseling Services, Inc". Clients would phone their recording machine to recite their problems for up to 20 minutes, or send in a cassette tape, and get back a six or seven page reply suggesting a solution. The price was $25 ($119 in today's money). Confide became known as specializing in transvestites and put out a 54-minute cassette on the subject giving advice on hormones, make up and much else ($12=$57 in today's money). They had sold 100 by August 1974 "half of them have been to doctors and therapists". The tape concludes: "Our most valuable piece of advice for transvestites is enjoy!" Confide also published a newsletter, Transition, specifically for transvestites and transsexuals. 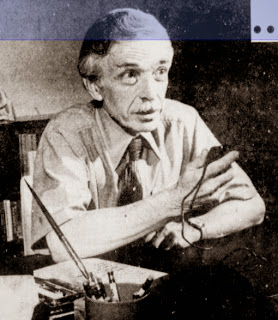 In 1974 Garrett told the Village Voice:


"My father was a psychoanalyst, and I've spent most of my life writing about doctor-patient relationships. In the course of my research, wandering around hospitals and talking with people in the profession, I discovered that I have a knack for counseling. Maybe it's because I had polio, but people always tended to open up to me. … There's one index to our effectiveness. We've advised more than 500 cases, and only one person asked for his fee to be returned. As it turned out, he sent back our check a week later. … Fifteen to 20 per cent of our cases were transvestites. And what they told us didn't match what the textbooks told us. We subsequently found that many TVs simply don't go to doctors."

Charles Ihlenfeld arranged for Oppenheim to have an interview with then 89-year old Harry Benjamin, who took a shine to Oppenheim and agreed (as he did for many transsexual and transvestite groups) to be listed on it’s board of directors. Oppenheim was then able to get Richard Green, John Money and Charles Ihlenfield to likewise agree.

Lynda Frank, a devout Princian ("In 2002, I escorted her [Virginia Prince] for three days at the IFGE Convention in Philadelphia and was overwhelmed with her enthusiasm, intelligence and willingness to help anyone who sought her out"), discovered Lee Brewster's Mardi Gras Emporium via an advertisement in the Village Voice, and purchased Prince's The Transvestite and His Wife. Frank's wife, who worked at a crisis hotline discovered Leo Wollman. Later Frank visited Wollman, was diagnosed as a transvestite and referred to Oppenheim's group. Eventually Frank joined the group which consisted of "transsexuals, male-to-females and female-to-males, and a few transvestites, one was Roger Peo … We were with this group about two years. For the first six months I attended by myself, during which time Garrett's wife, Fay, took me into New York City to Muriel Olive's Boutique to buy a padded girdle and a bra".

Around 1980 Oppenheim declared himself to be a psychotherapist with a PhD from the then new Columbia Pacific University, an unaccredited distance learning school in California (which was closed by court order in 2000 and it is misdemeanor in some US States to cite its degrees on a resume.) He opened an office in Hartsdale, NY. Dr Oppenheim referred trans persons to Leo Wollman, Diane Miller, MD, and endocrinologist Walter Futterweit, MD, both working on the Upper East Side of Manhattan.


In 1985, Dick Teresi & Kathleen McAuliffe wrote an article for Omni magazine on the topic of male pregnancy:


"Garrett Oppenheim, a psychotherapist in Tappan, New York, says male pregnancy 'would be the most magnificent breakthrough since the sex-change program came into effect'. As director of Confide-personal Counseling Services, Inc., Oppenheim evaluates and counsels those who apply for a sex change, to help them decide whether they should undergo the necessary hormonal treatment and surgery. There are approximately 20,000 transsexuals in the world today. 'And most transsexuals want to experience womanhood in all its facets', Oppenheim says." (Teresi p181).

In 1986 Oppenheim published a paper, "The snowball effect of the 'real-life test' for sex reassignment" in which he argued against the assumption that a real-life test gives an opportunity for reversal. Rather it confirms the patient on her way.

Oppenheim was also active in past life regressions, and his prime case, mentioned in many books, is that in 1986, a woman known by the pseudonym "Monica" was regressed by Oppenheim. Monica discovered a previous existence as a man named John Ralph Wainwright who lived in the southwestern U.S. She knew that John grew up in Wisconsin, Arizona and had vague memories of brothers and sisters. As a young man he became a deputy sheriff and married the daughter of a bank president. According the Monica's "memory," John was killed in the line of duty - shot by three men he had once sent to jail - and died on July 7, 1907.

*Not the Seattle lawyer

Oppenheim's publications not including his poetry or his journalism:
Other sources: