John Clifford was born in Stoke-on-Trent. His mum died when he was young, and he was sent to a boarding school in Bristol that was sports orientated and he never fitted in, except for the school plays, where he was usually put in a girl's part. Clifford remembers getting into costume and make-up for the first time:


"It was... wow! But the second time I got terrified. I thought I must be a sick person. I was so frightened."

He read modern languages at St Andrews University (founded 1410) in Fife, where he met his life partner, Sue Innes, also an immigrant from England, who became a feminist historian and columnist for Scotland on Sunday. They lived in a commune in Fife and had two daughters.

Sue was the first person with whom Clifford discussed being transgender. While Sue was a very fierce feminist, who believed that the end of capitalism was nigh, that the nuclear family was wrong, and that it was important to live differently, she said that she was heterosexual and loved Clifford as John.

Clifford worked as bus conductor, a nurse and a yoga instructor before turning to theatre at the age of 30. In 1985 Clifford's play Losing Venice was a major hit at Edinburgh's Traverse Theatre, and was invited to 21 festivals, but made it to only two. There have been many plays since, but not until 1999 did Clifford's first play about being transgender, The Night Journey, open.

Respecting Sue's feelings, Clifford expressed transgender by dressing androgynously and in writing plays, and came out to his friends at his 50th birthday. In 2002 he wrote God's New Frock, which was largely autobiographical.

Sue died in 2005 at age 56 of a brain tumour. Grief-stricken as he was, Clifford was now able to make the decision that she had put off:


“… I realised I couldn't go on living as a man. I couldn't bear people taking me for a man. I didn't want to be called Sir. I started taking hormones and a whole new life began. … I'm done and really happy. I'm not a woman but I have to pass as one because if I make it too obvious that I'm biologically male every time I walk the street I'm at risk of being insulted and abused. You wouldn't believe how appalling some people are." 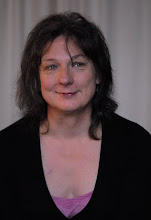 Jo has also adapted Anna Karenina, Goethe's Faust and Great Expectations for the stage. Much of her work these days deals with gender identity. In 2009 her play Jesus, Queen of Heaven was staged at Glasgay! It portrayed Jesus as a trans women, with Jo playing the role herself. It was strongly condemned by various churches, which resulted in the sale of all remaining seats.  2012 saw the first production of Sex, Chips and the Holy Ghost, which features a transsexual nun and a gay priest.

Jo Clifford is the author of over 70 works in every Dramatic medium. Her work has been translated into many languages and has been performed all over the world.

She lives in Edinburgh.


"Yes, yes, I'm so lucky. The common way to look at being transgendered is to see it as a great misfortune. There is a lot of suffering and I wouldn't wish it on my own worst enemy. But there's a fantastic richness and it's enabled me to live. Since coming out, it's such fun, I can't tell you."