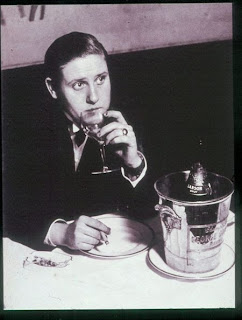 Le Monocle was one of the first Parisian nightclubs for lesbians, located on Edgar-Quinet Boulevard in Montparnasse. The club was open from the 1920s and closed during the German occupation. Especially in its early days it attracted women who preferred male hairstyles and male clothing, some in suits and some in tuxedos. The initial owner who used the name Lulu, had the same taste.

The male photographer, Brassaï, came in 1932 and was permitted to take photographs.  Without his work we would not know about the club.

The name of the club came from the fact that a monocle had become a signifier of lesbianism in the preceding years.

It is apparent that many of the habitués of the club were what later generations would think of as trans men. Remember that they were doing this without male hormones which would not become available for another generation.