dirtywhiteboi, sometimes Dirt, is a butch activist in the Detroit area. She seems to be the only person in the New Radical Lesbian Feminist front which proclaims: 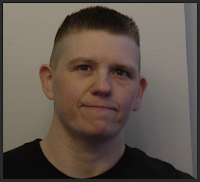 "We are opting out of the LGBTQI 'gender revolution' and reclaiming our proud heritage as Lesbian Feminists. We believe we were forcibly conscripted into the Brave New World of queer theory. We want out. We reject the gender colonization and appropriation of the Butch-Femme dynamic by the hetero mimicking of queer theory proponents."

She has several blogs, of which the most active is the one at blogspot.com. She writes frequently about trans people, especially those born female, whom she urges not to transition. Her side bar has a link to "The TRUTH about Testosterone effects and transmen", which lists the obvious


"Testosterone will change the smell of your urine"

as well as the inflammatory

"I will add here trans(men) are not above murdering a woman, these crimes often get buried by the trans community as well, some of which have blamed the murdered woman rather than the trans(male) murderer".

The side bar also has An Open Letter to the Trans Community:

"Despite the rising numbers of young women/lesbians who've fallen prey to the trans trend, the dominating numbers of post transition remains straight (white) men. Straight white men, are NOT my, a BUTCH LESBIAN'S community! The gay men who transition because of their pathological internalized homophobia? No, not my community either. The lesbian females who transition, a high percentage of which testosterone alters their lesbian sexuality to that of heterosexuality by way of sex with gay men? Nope, females whether they pass as male or not who screw/partner with men are NOT my community. The lesbian females who transition partnering with screwed up straight women (straight women co-opting and colonizing Femme/lesbians identities and spaces) who are then defaulting to "straight" (thats up for debate-can we say Craigs list)? Umm no, again, heteroville isnt MY community and those bored-I-wanna-be-different-cuz-different-is-fun-and-exciting when your are a bored and not so exciting teeny bopper types who are jumping onto the trans trend? Again, little straight girls chasing gay men? NOT MY community."

She uses 'autogynephiles' for 'hetero MtFs' and refers to trans women as 'MtF men".

She herself is a proud Butch who passes easily as male:


"I pass 24/7 and no I am not flat chested and no I of course do not 'bind'. I'm Butch and Butch women pass a great deal of the time. And this 'passing' isn't a desirable state, it hurts us and it invisiblizes us and personally I hate it."

On 25 November 2010 Dirt wrote an article for The Magazine Project, "Are Trans Trenders the New Goth?" It was removed three days later, but then again reinstated.


"The hugest difference in the female youths who are falling prey to this trans trend is that most of these young women are heterosexual. They begin transition believing that they are and will be ‘gay men’ once transitioned. Many, once on testosterone seek gay male sex/relationship partners knowing little to nothing about gay male culture or how gay male culture functions within gay malecentric spaces."

Dirt certainly protests too much that she is not trans.  Butch is certainly a valid and ancient gender variant, and long one that is often confused with being trans.  I think that most of us respect her choice, but are somewhat perplexed about why she does not respect the choices of others.

Her diatribe is against the taking of testosterone and surgery.  I am not clear how her concept of butch differs from being a non-op trans man.  I could not find any comments on her blog about e.g. Leslie Fineberg.  In reading Dirt I kept being reminded of Virginia Prince who also, having personally decided not to seek surgery, then became dogmatic in telling others that they should not either.

Note the objection to gender theory and to being included in the LGBT umbrella.  It is very similar to the sentiments expressed by the HBS people.
Time: 10:08