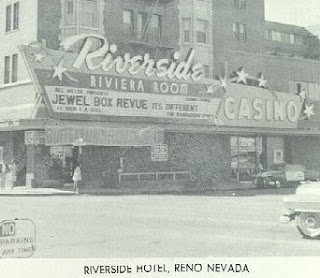 Founded in Miami in 1939 by lovers Doc Brenner and Danny Brown, the Jewel Box Revue toured for 30 years and was the best known drag show of its kind in the US. 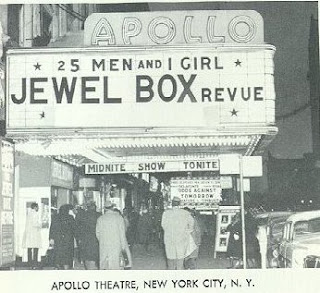 They preferred the terms ‘feminine impressionists’ and ‘femme mimics’. Although the management and performers were gay, the show was aimed at straight audiences, winning acceptance through comedy. The performers would tell interviewers of wives and girlfriends, but they were largely mythical. Brenner performed in the earlier show, while Brown MC’d. Then they introduced male-impersonators, Mickey Mercer and Tommy Williams, to be MC, an innovation that was copied by drag clubs everywhere. The Revue then went a step further in 1955 hiring the Afro-American Stormé DeLarverie to MC. The Revue, almost uniquely at that time, employed white, black, Latino and native performers. It made an unprecedented tour of the black theater circuit. 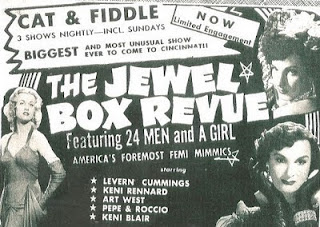