Frederick Legg was raised in Buffalo, New York State. He was a mother from the age of eight when his own mother, divorced and remarried, gave him the new baby to look after.  His first paid job was window dressing in a Buffalo department store. 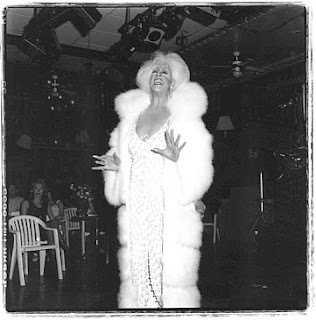 Legg studied at the Parsons School of Design. In the 1960s she was part of the female-impersonation act, The Pearl Box Review, where she performed with a live boa constrictor.  She got breast implants and took female hormones, and broke off contact with her family.

In the 1970s, as Dorian Corey, she was a major participant in New York drag balls, often in very extravagant costumes, sometimes multiple costumes worn over each other. In the late 1970s, her boyfriend ran off with all her ball earnings.  However her next husband, Leon, stayed with her all the rest of her life.  Dorian was the founder of the voguing house of Corey, and holder of over 50 grand prizes from the voguing balls. She was house mother to Angie Xtravaganza, who later became a mother of her own house. Dorian also performed at Wigstock and was featured in Paris is Burning, 1990.

In later years, she was a regular performer at Sally's II, off Times Square, across from The New York Times.

Corey has attained a posthumous notoriety in that after her death from AIDS, friends cleaning out her Harlem apartment found not only an expensive wardrobe, but also a trunk containing a mummified body that had been dead for about 25 years. The police eventually were able to extract fingerprints, and identified Robert Worley, who had an arrest for rape and assault. It is assumed that Corey killed the burglar in self-defense, but it is also said that it was her boyfriend who had turned abusive. In either case, she had no idea how to get rid of a body. She moved twice with the body in the trunk. This was turned into a play, Out of the Bag, by Reg Flowers.