Christopher Korda was a great-nephew of film magnate Alexander Korda and the only son of Michael Korda, the novelist and editor-in-chief at Simon & Shuster in New York. Chris was a loner as a teenager, incarcerated for a while, and left New York for good when 14. 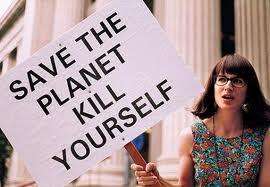 She settled in Boston, worked for a while as a female impersonator, and considered but did not complete a full transition to female.

In 1992 an alien intelligence, The Being, visited her in a dream and warned of the coming eco-catastrophe. She immediately changed her life and founded the Church of Euthanasia and anointed herself as Reverend. The Church advocates four pillars: suicide, abortion (the Church is not pro-choice – giving birth leads to excommunication), cannibalism (for those who are not vegan like Chris) and sodomy (any form of non-procreative sex).

Chris works as an engineering consultant, and has recorded several records, released on the Kevorkian label. She has a girl-friend.