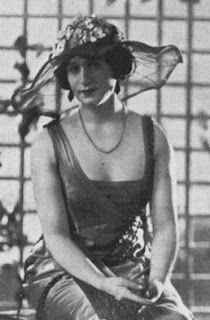 In the Great War he enlisted as a private and worked as an ambulance driver in France. He was then selected to be part of the Dumbells, an army entertainment unit that became the most famous of the 30 or so Canadian army shows. Although formally part of the regular army, the show was entirely funded and organized by the YMCA.

Ross had a remarkable soprano voice, and his Marjorie character was an opera diva. He continued this act with the Dumbells Canadian and US tours until 1932.

In 1939 he was re-engaged with the rank of lieutenant to organize entertainment units. In 1940 his act was was featured as a talent show in a National Film Board production about new recruits, Letter From Camp Borden.  However he was caught doing more with the new recruits than he was supposed to. He was quietly discharged by the medical board ‘for reasons other than medical’.

He continued as an entertainer and retired to Nova Scotia. He died of heart disease.