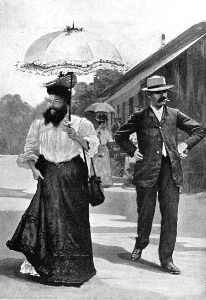 Clémentine Clattaux was raised in Thaon-les-Vosges in Lorraine. She shaved regularly and was married to Joseph Delait, a café owner, until she saw a bearded lady at a fair in Nancy.

She bet with her husband’s customers that she do better, and she won the wager. Her husband renamed the café to Café de la femme á barbe, and the curious came from all over France to see Clémentine.

She was also a keen cyclist.   In the Great War she was a famous Red-Cross nurse.

After her husband’s death in 1928, Clémentine appeared on stage in London and Paris. She obtained permission to wear male clothing, and paid the associated tax, so that she could dress as she chose.

In the 1970s, Thaon-les-Vosges opened a museum to its most famous daughter. 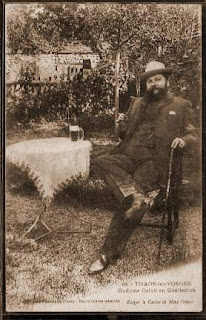