Oscar Gibson was born in Youngstown, Ohio. As a teenager he was fascinated by local female impersonators, and starting doing comedy and singing in drag. 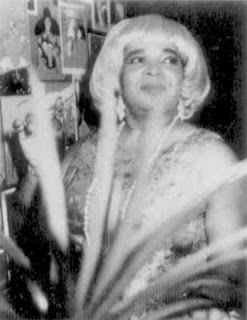 In 1953, he organized a troupe of female impersonators and they were booked at the Dew Drop Inn in New Orleans. Bobby Marchan, as he was now called, stayed and rented a room at the Dew Drop, where he started performing with Patsy Vidalia.

In 1954 he was emcee at the Club Tijuana where he first got a recording contract. In 1956 he was employed by Ace Records’ Johnny Vincent who did not realize that Bobby was not a woman until told two days later.

In 1957 he started to collaborate with Huey Smith and the Clowns. He was lead vocalist on Rockin’ Pneumonia and the Boogie-Woogie Flu and the original version Sea Cruise.

In 1959 he left The Clowns and did a touring drag act. His biggest solo hit was There is Something on Your Mind in 1960 which was #1 on the R&B charts.

Later songs did not do so well, and he returned to being a female-impersonator-bandleader in the 1970s. In 1977 he was the emcee at the Club Alhambra in New Orleans, and later managed hip-hop acts. 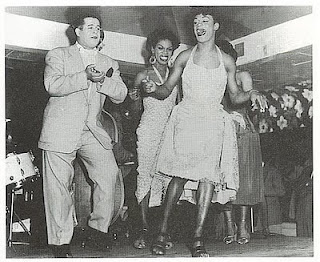 He died after a battle with liver cancer.