Martin Rothblatt was born in Chicago and raised in San Diego and Los Angeles. After travel in Europe, the middle East, Kenya and the Seychelles, he thought about world satellite communications and did a degree at UCLA in communication studies with a thesis on direct broadcast satellites. 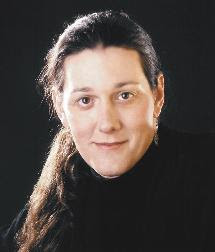 He then did a combined law-MBA degree, also at UCLA, during which he published five articles on the law of satellite communications, and prepared a business plan for the Hughes Space and Communications Group on providing communications to Latin America. He worked in broadcasting and astronomy with regard to the Federal Communications Commission.

In 1982 he married an African-American woman and they had four children.

From 1986-90 he was the CEO of Geostar Corporation. In 1987, he was largely responsible for the new treaties re space-based spectrum allocations. In 1990 he created WorldSpace and Sirius Satellite Radio. 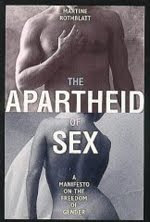 By 1993 she was transitioning, using the name Marla Aspen. She wrote for Transgender-Tapestry, and participated in the International Bill of Gender Rights adopted by the Second International Conference on Transgender Law and Employment Policy. In 1994, as Martine Rothblatt, she completed transition. In 1995 she published Apartheid of Sex, in which she argued that legal gender should be abolished, that unisex language should be used, and that persons should be free to change their sex as they please.

She also played a leading part in the International Bar Association’s project to develop a draft Universal Declaration on the Human Genome and Human Rights. This was adopted by UNESCO in 1997, and by the UN General Assembly in 1998.

Her youngest daughter was diagnosed with life-threatening pulmonary hypertension. GlaxoSmithKline had a new drug for the disease but was not developing it because the market is too small. So Martine left WorldSpace and Sirius Satellite Radio in 1997 and founded United Theraputics, which purchased the development rights.

She also studied for a PhD in medical ethics at the Barts and The London School of Medicine and Dentistry, Queen Mary, University of London. This was gained in 2001 based on her dissertation on the conflict between private and public interests in xenotransplantation. This was published as Your Life or Mine, 2003. Also in 2003 she published Two Stars for Peace, which proposes that both Israel and Palestine become States in the USA.

She is active in transhumanism and technological immortality. She was also a founding member of the Order of Cosmic Engineers which seeks to build a techno-utopia.