After her two weddings, Mrs Simmons was now a pariah in Charleston. Much of this was a social freeze, but it also irrupted into catcalls, a crate set on fire, a dog poisoned. 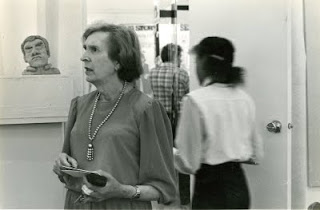 She had spent a lot of money on the two weddings. She also bought John-Paul three or four fishing boats and three cars. The trove of art and antiques was being diminished.

The First Federal Savings and Loan, which held the mortgage on her house, announced that it would foreclose it she did not pay off the full loan immediately. This it did in April 1971, and the house was sold by public auction at a bargain price. They moved into a rented house in an unfashionable part of town. 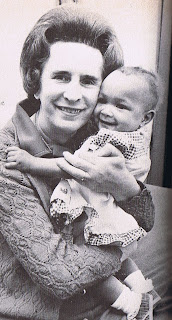 John-Paul was having an affair with another woman, white-skinned but officially black, and made her pregnant. Her family said that she had enough children and her father made arrangements for Dawn to buy the baby. Dawn padded her stomach and phoned the Johns Hopkins Clinic to tell them that she was pregnant. Edgerton asked her to come in for a free examination, but she did not. The pregnant mother checked into hospital as Mrs John-Paul Simmons, and after the birth, 17 October 1971, her father gave the baby to Dawn. She phoned Edgerton again to announce that the baby had arrived.

With the original record of birth which listed Mrs John-Paul Simmons as the mother and her own papers in her married name, and the baby, Dawn registered the birth in Philadelphia while on a visit to her publishers. She called the child Natasha after the character in War and Peace. She was 49 at the time but claimed to be 34.

She also published her first autobiography, The Ballad of Dawn and John-Paul, the same year, in which she claimed to be a female intersex wrongly raised as a boy. The publisher changed the title to Man into Woman, which Dawn disliked.

John-Paul came and went as he chose. He had other lovers, and at least one other child. Dawn acquired bruises which she blamed on muggers and racists, but they seemed to happen only when John-Paul was around. She wrote to her husband:


My dear Johnny,
I am not upset with you as I know you were not yourself the other night. I have no money left. You know that and you destroyed all of my work when I couldn't give you $30 for your son. I shall never stop you from seeing Natasha as I love you and have always loved you. Nobody would love a man who has tried to kill them several times, gave them 45 stitches in their face, broke their nose, and cheekbone and ruined the eyesight in one eye. But I have never ever shut the door against you and you came back. You were the kindest man I ever knew before that woman ruined you with drink. I am eternally thankful to you for the most beautiful baby in Charleston. You don't have to live with us again Johnny; I don't think you can live with anybody.

In December 1973 she claimed that a masked white intruder threatened the baby, raped her and broke her arm. But she never reported this to the police.

She and Natasha fled to Catskill, New York, where she acquired a run-down historical house for a mere $200 binder. John-Paul Simmons left his other wife and child and followed. He took up sculpture and had some success. However he did drugs and drink and would go out in the snow barefoot. He was diagnosed as a schizophrenic, and delivered to the state mental hospital in Albany. He returned home several times, but committed minor thefts and assaults.

Dawn became an art teacher in a Catholic school and was reduced to writing for the National Enquirer. In 1981 she got an advance on her writing a biography of Margaret Rutherford, and moved with her daughter to nearby Hudson, New York. In 1982 she divorced Simmons, but continued to care for him.


In 1985, on a trip back to Charleston, she was an extra in the ABC/Warner Bros miniseries North and South.

Natasha in turn became a mother.

In 1995 Dawn published her third autobiography, Dawn, a Charleston Legend. Nigel Nicolson, the son of Vita and Harold, reviewed it positively in The Spectator:


“there is not a word of reproach for me in her book. Like everything else about Dinky, it is gallant, resilient and unfailingly generous”. 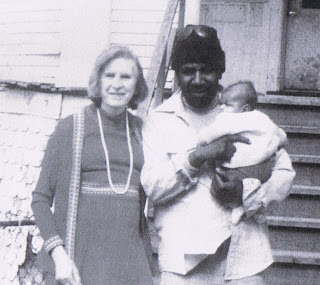 The publishers flew her to Charleston for book signings. Natasha and her children returned to Charleston that year, and Dawn followed two years later. As she aged, she suffered from Parkinson’s disease and osteoporosis. She died at home at age 77.

John-Paul remained in hospital in Albany. He was not informed of her death until Edward Ball tracked him down.  He died in 2012.

In writing on Simmons, one has to choose: does one go with the story in Simmon’s three ( yes 3) autobiographies that she was really a girl mis-assigned at birth, and that Natasha was a child of her body, or does one go with Edward Ball with his thorough fact checking and interviewing of almost everybody who knew her?

Certainly we can see Dawn being economical with the truth: she deducts 15 years from her age; she claims that she was treated at the women’s clinic rather than the Gender Identity Clinic at Johns Hopkins University Hospital; that Isabel Whitney was a cousin; that she was raped and assaulted by a mafia thug hired by Albert Goldman (only in Jack Hitt’s later version); and that she was descended from Spanish nobility on her mother’s side.  She says nothing about a sex life before transition, but Ball is able to find gay men who had been with Gordon, and the 1959 novella is consistent with Gordon being a gay man at that time. If Gordon had been  intersex, the testimony of the Charleston gay men would be different, as would that of Dr Milton Edgerton.

Then there is the question of finances. Many people blur the facts of their own finances, but if Isabel Whitney did leave over $1 million (equivalent to over $7 million today) to Gordon, where did it all go? Why did Gordon need a mortgage to buy the house in Charleston? Yes, John-Paul wasted some of it on boats and cars. But what happened to the 40-room mansion in New York? Was it turned into apartments? Did Gordon or Dawn sell their interest? There is no discussion of moving back there after being driven out of Charleston. While Dawn talks of poverty, of selling antiques and jewellery for a pittance, of accepting charity and then getting on the food-stamps program, she then flies to London with Natasha, takes a taxi (not a bus or a train) from Heathrow to central London and stays at the Hotel Washington. The hotel is still going: it is in Mayfair, close to Park Lane and Green Park. Here is its web site and rates. Rooms today start at £325 a day. Quite a splashing out for someone on welfare. All for Love finishes mysteriously when she escapes welfare in Charleston by buying a historic house in the Catskills. Ball says that she got it for $200 down, but this still seems odd.

Their marriage was blessed in an Anglican church in England. This is, of course, the same Anglican Church which demanded an exception in the Gender Recognition Act, 2004, so that it could refuse to marry transsexuals.

I was quite impressed that the African Methodist Episcopal Church was so accepting of Dawn.   I hope that that is still true today.

What to my mind is Dawn’s first big achievement is that she was a working-class child who managed to become a well-known writer. She herself does not seem to be proud of that.  She drops hints to Jack Hitt that she was an unrecognized aristocrat and frequently drops the names of the rich and titled. On the other hand, she never even once mentions another transsexual, not even Christine Jorgensen or April Ashley. Did she get her UK birth certificate re-issued before Corbett v. Corbett stopped the process in 1969? She seems as lonely in her gender journey as was Agnes.

Re the Harley St gynaecologist.  There is a Elliot Elias Philipp who wrote Childlessness: its Causes and What to do About them, and co-authored Scientific Foundations of Obstetrics and Gynaecology, 1970.

I bought my copy of The Peninsula of Lies through Amazon Marketplace. My copy is stamped Charleston County Library, S.C.

The anecdote with Carson McCullers is found in her biography by Virginia Carr.  Both Ball and Hitt repeat it with variations, without citing this source.  It seems that it was also repeated as gossip in Charleston.

There is an entry for Dawn in Wikipedia (here).  You may like to compare it with what is written here.  The authors of the entry accept her reduction of her age by 15 years, mention nothing about her pre-transition sex life, and refer to her as 'Simmons' (never Mrs Simmons) even before she met Mr Simmons, even when she was a child.
Time: 08:11