Lee was raised in the coal mining areas of West Virginia. As a young man he worked in finger-printing for the FBI, but was fired when it was suspected that he might be gay.

On moving to New York, he organized drag balls as fund raisers for the Mattachine Society. However they were disinterested in drag queens and other transies, so in 1970 he and thespian Bunny Eisenhower founded the Queens Liberation Front, and Brewster began publishing Drag, one of the more political transgender publications of the 1970s, which ran for 10 years.

++They campaigned and hired lawyers to de-criminalize cross-dressing in New York, which was achieved in 1971. Previously, under city ordinances a bar or club could be closed and patrons arrested, simply because a single person, deemed to be crossdressed, was present.  Furthermore the words "homosexuals, lesbians, or persons pretending to be ..." were also struck, thus decriminalizing gay clubs and parties.   In addition, the still extant 1965 Anti-Mask: New York Penal Law criminalizing "the wearing of mask or disguises by three or more persons in a public place" was found inapplicable to those in drag.


They organized with Sylvia Rivera.

The balls he organized continued until 1973 – the last one was attended by the real versions of Jacqueline Susann, Carol Channing and Shirley MacLaine. 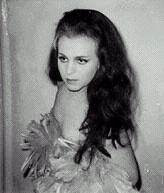 Lee was the proprietor of the drag emporium Lee's Mardi Gras – in business for 30 years at various locations around Manhattan, carrying a large stock of clothes, prosthetics and books. In addition to individual clients, the shop supplied costumes for Broadway, television and movies, in particular To Wong Foo and The Birdcage.

In 1999  Lee donated his extensive library  to the Wollman Archives of Transgender History and Culture, curated by Rusty Rae Moore at Transy House.

He continued to answer to ‘Mr’ in the style of old-time drag performers.