Michel-Marie was born in Nogent-sur-Marne, Paris. After having been dressed as a girl and sent to girls’ schools, he went to highschool as a boy, but with long hair. He was met with  taunts, but being big and strong he easily punched the jokers to the ground. He was allowed to be a girl every Sunday, and kept a room at home with perfumes and dresses.

At 15, la demoiselle Poulain was taken to a jewellers to have her ears pierced, and attended her first ball in a maidenly dress.

At 20, he cut off his hair for the first time and did his national service in the Dragoons.

Afterwards, he quickly spent his legacy, and then became a travesti performer in the music hall under the name of Micky. He became involved with and married Solange, a fellow performer, and they had a daughter, Michele.

He was also a painter and exhibited regularly at the Salon d'Automne and the Salon des Indépendants in Paris.

In the early 1930s, Micky visited Berlin and saw Dr Magnus Hirschfeld, but emphasized that his way of life aimed at pleasure and that he wanted to be male. And then when Hirschfeld was in Paris, after the destruction of his Institute in 1933, Micky accosted him again. Hirschfeld listened to his history of wanting to be a woman, of wanting dresses and frivolity, and offered to make him into a woman. However Michel-Marie was not yet ready.

He was a senior-sergeant in the Second World War. He was captured by the Germans and interned until 1945. He self-castrated himself in 1946, and then lived increasingly as a woman.

She was a high-fashion model. She painted portraits and did stained-glass windows for churches, particularly in Abbaye de La Colle-sur-Loup and the Chapelle des Pénitents Blancs in Èze. Later she opened a gallery in Cannes.

In 1954 she published an autobiography J'ai choisi mon sexe.

When not painting in Èze, she performed in shows in Paris, and even had her own night club, Le Vol de Nuit.

She would be seen in the latest fashions at the major horse-racing events.

Foerster’s book is vague about the chronology, and does not even suggest that when Hirschfeld was in Paris it was right after the destruction of his Institute.  He must have been sick with worry, and one can only admire his professionalism that he was able to put on his doctor persona and attend to Micky.

Michel-Marie Poulain is not listed among the noted inhabitants for Nogent-Sur-Marne, La Colle-Sur-Loup nor Èze.

Neither of Michel-Marie Poulain's consultations with Hirschfeld are mentioned in Charlotte Wolff's biography of Hirschfeld.

Foerster says that she underwent ‘plusieurs interventions chirurgicales (several surgical interventions)” in 1946.  One can only ask where she went.   Hirschfeld’s Institute had been destroyed 13 years before; Georges Burou did not start sex-change operations until 1958; Harold Gillies did two and only two such operations ever; Lennox Broster operated only on “hermaphrodites” and refused to do ‘transvestites’ as he called them.    The Chronologie et bibliographie représentative du transsexualisme et des pathologies de l'identité sexuelle says that “Michel-Marie Poulain se fait castrer pour vivre en femme (castrated herself to live as a woman)”.  So I went with the latter.  There is no mention that she had other operations in later years when they became more available. 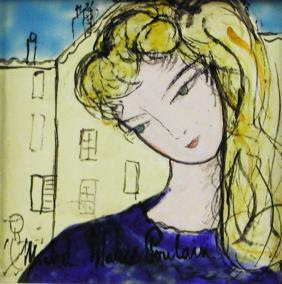 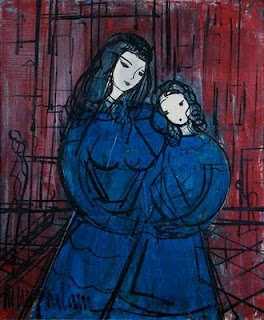 Marie André regarded Michel-Marie Poulain as a bad example who discredited the transsexual cause, in that she lived with her wife, and her daughter called her Papa in public.  This contrast of two types of transsexuals, of course, returns again and again through transsexual history under several different names.
Time: 18:11