Brenda Lana Smith has a small but important part in our history. You can read about her in Joanne Meyerowitz. How Sex Changed: A History of Transsexuality in the United States

, and Richard F. Docter. Becoming a Woman: A Biography of Christine Jorgensen,

and the Cleis Press' 2000 edition of Christine Jorgensen: A Personal Autobiography 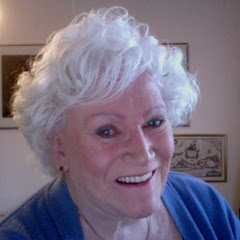 In her male phase she was a long-time resident of Bermuda and was the Honorary Danish Consul. This led to the bestowment of Ridder af Dannebrogorden (R af D). After a divorce after 29 years of marriage with a son and daughter, Brenda completed transition with surgery with Stanley Biber in 1984. Brenda was introduced to Christine Jorgensen by Sister Mary Elizabeth, and became Christine's housemate for the last six months of her life, and arranged her estate at her death. Later Brenda moved back to England. She has remained active for transsexual rights, and especially against the lack of gay and transsexual rights in Bermuda where the Gender Recognition Act and other UK civil rights acts do not apply.

A few days ago Stephen Whittle commented on this blog:


Brenda,
How lovely to hear you are still alive and kicking so to speak. At this age, one tends to presume the worst far too often.
Is your autobiography on the press yet. Or do we really have to wait until you are gone.
love, Stephen (Whittle) .


Greetings, all… especially to Stephen (Whittle OBE—a blast from my
past…)

Rest assured that this otherwise reclusive 76-year-old Anglo-Danish
Mancunian born Bermudian exile is particularly alive and kicking when
it comes to sexual orientation and gender identity being individually
separate and distinct entities that need to be regarded and legislated
as such in much needed amendments to Bermuda's present gay and gender-variant omissive Human Rights Law...

That done and dusted…

As most folk will have probably observed I am not given to bantering
online... this is not so much that I dislike confrontational
situations or that I might diplomatically prefer not to unnecessarily
fuel volatile situations with my two cents' worth... but, since my
early pre World War 2 school days, due to what is now termed Attention Deficit Disorder impeding my committing on paper/online what I might readily articulate…

Whether publicly or privately... we gender-variant folk all seem to
hold that our own particular manifestation of dissociative gender
identification is unique... often deep down believing that we
individually hold the proprietary format on all matters gender-
variant... and… divided by semantics idealistically bicker between
ourselves to that end…the end result is that none of us tend to
countenance our peers lightly… no doubt subconsciously looking for
imperfections that we have yet to come to terms with within our own
selves...

My own metaphysical belief in that we need search inwardly for the
answer to whatever over attracts or irks us gave rise to the
therapeutic content of not only my partially electronically
transcribed journals, but my still self-searching twenty-two year-old
musing: "a'top a dung-hill..." with its some 200-plus A4 page small
print roots in what is a now politically incorrect 1950s mind-set...
remains "a work in progress" procrastinating on my 2.66GHz Intel iMac,
in much need of my editing, and properly punctuating by a grammarian
before ever being photographically embellished and archived for
posterity, whatever…

One thing for sure… while my failing memory is increasingly in the
habit of relying on extracts to support or illustrate an occasional
argument online… any publisher of "a'top a dung-hill…" whose author
The Gender Genie thinks is male… will certainly have a field day
posthumously endeavouring to commercial address my dyslexic 'stream of consciousness' style musing...

So, I while I need not worry about being unable to claim immunity
behind:

"Kindly appreciate that Brenda Lana Smith R.af D. having had no
editorial input whatsoever in the above declines to entertain e-mail
argument on its content..."

A diplomatic fence-sitting rider that I long ago attached on articles
I had gleaned and once widely conduited—that are now posted sans rider on "From brendalana's Archives…" < http://www.bermudasucks.com/forum/index.php?topic=3038.0
My present bloated unresolved concern raised by "Is your autobiography on the press yet, Or do we really have to wait until you are gone…" is to whom I now best leave my archives and memorabilia, etc... to honourably enjoy after I am gone…