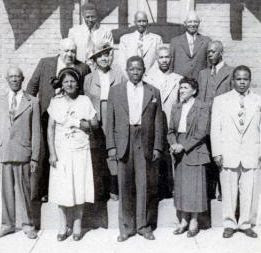 George Cantey ran away from grueling field work in 1921 and went to Charleston, South Carolina. He was taken on as a servant by a gay man who encourage him to dress as female, and coached his mannerisms.

This suited Georgia, and she continued as Georgia after he dumped her. In Winter Gardens. Florida, she met Alonzo Sabbe, who was seriously ill. She nursed him back to health. He then asked her to marry him. A cousin of Sabbe abandoned her three-year-old child, and Alonzo and Georgia adopted him. 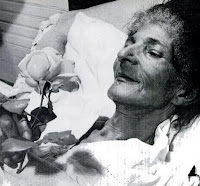 A pioneer who is largely forgotten.   Quite a lot of our pioneers in the US were black, which is another fact that is often overlooked.

Georgia is second from the left on the front row in the group photograph.
Time: 16:27