Titica, born and raised in Luanda, was trained in ballet. However she was rejected by her family, mocked on the street and beaten by strangers. She had breast implants in Brazil in 2008.

She was first involved in kudora music as a backing dancer. In October 2011 she released her first single, O Chão. , which has become one of the most played kudora tracks in Angola and its diaspora. She has since done a tour of Europe and the Americas. She is frequently on radio and television, and played at the annual Divas concert before President dos Santos. 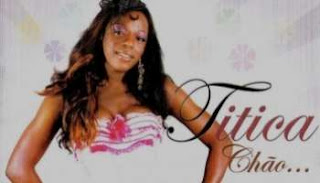