The other Harry Benjamin


The book is online at www.scribd.com/doc/117918118/Better-Sight-Without-Glasses-Harry-Benjamin and here is the title page: 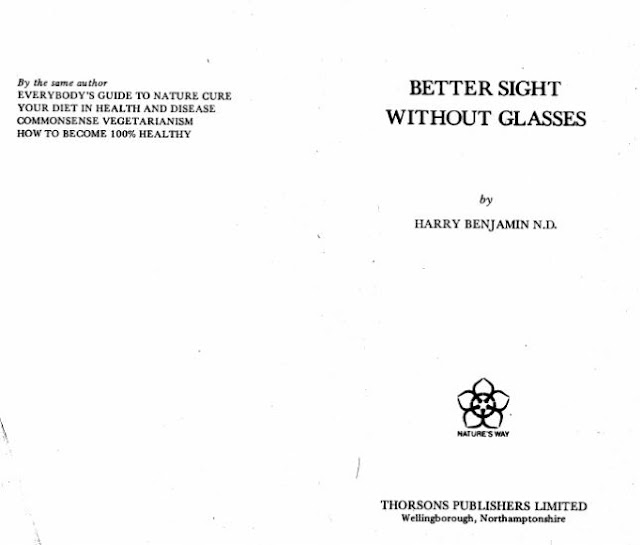 Note ;
a)  This is Harry Benjamin N.D.  (not M.D.),  i.e. he is a naturist
b) It is a British book
c) Other works by the same author are:  Everybody's Guide to Nature Cure, Your Diet in Health and Disease, Commonsense Vegetarianism, How to become 100% Healthy.

Later in life this Harry Benjamin wrote Basic self-knowledge : an introduction to esoteric psychology. Based on the Gurdjieff system of esoteric development, with some references to the writings of Krishnamurti and Everyone's guide to theosophy : a simple explanation of the theosophical teachings for the new student.

There are two web sites that put out the disinformation that Harry Benjamin, the endrocrinologist wrote Better Sight Without Glasses.  One is No.Wikipedia(Harry Benjamin) - the other 10 Wikipedia Harry Benjamin sites do not make this mistake.  The other is Andrea James' Harry Benjamin page (which is probably where Gallus Mag got it from)

Email ThisBlogThis!Share to TwitterShare to FacebookShare to Pinterest
Labels: errors