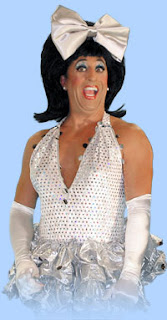 om Harvard Law School in 1985. He founded a US-wide legal program to combat Aids-related discrimination, and was executive director of the Gay and Lesbian Medical Association. He wrote position papers for then US presidential candidate Bill Clinton.

Irwin graduated in law from the University of Chicago. He was director of the Aids Legal Referral Panel of the San Francisco Bay Are 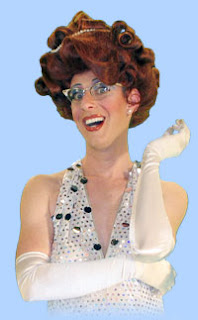 a. He authored Chicago’s gay rights ordinance, which was passed in 1980 and is still in effect.

In 1993 Schatz, Keller and others attended a Bette Midler concert in San Francisco dressed as the Andrews Sisters. They were offered engagements, and even discovered that they all could sing.

Ben let his Rachel persona evolve, and the group became The Kinsey Sicks. After a few years of a double life Ben quit his law jobs and became a full time drag performer. Irwin followed in 2002 to become Winnie.

Kinsey Six is of course the exclusively gay end of the Kinsey scale.