The Offices of Harry Benjamin. Part II: after 1968

In 1968 Benjamin and philanthropist Reed Erickson had been in disagreement, mainly over money and who was to decide what, and after that year there was no more funding, and Benjamin had to vacate the large office.

The Harry Benjamin Foundation wanted a book to emerge from their work, but this was felt to be too narrow. In particular that would exclude the important work being done in Europe. The book, financed again by Erickson’s EEF, eventually came out in 1969 as Transsexualism and Sex Reassignment edited by Richard Green and John Money.

Also in 1969 Benjamin recruited  Charles Ihlenfeld, an internist with an interest in endocrinology, mainly to cover the office during the summer while Benjamin was in San Francisco. Ihlenfeld learned on the job, and stayed on.

Roberto Granato started doing vaginoplasties and phalloplasties and Benjamin and Ihlenfeld were pleased to refer patients to him. 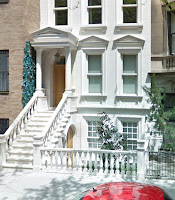 In 1972 Ethel Person was introduced to Benjamin. He allowed her to interview some of his patients, and asked her to write a biographical portrait of him to be published after his death. She formally interviewed him to this end a dozen times.

Two papers by Person and Lionel Ovessey based on Person’s patient interviews were published, and came to standard psycho-analytic conclusions. Several of those who had been interviewed by Person were outraged.

Ihlenfeld came out as gay in 1973. Benjamin was surprised but then became supportive.

Benjamin’s office was here until his retirement in 1975. Charles Ihlenfeld then took over the practice for a short while.

In 1976 Wardell Pomeroy moved to California, and brought in Leah Schaefer as his replacement.

The practice was still open for existing patients. It was being managed under the aegis of the Orentreich Medical Group, a dermatology and hair restoration practice, also located at 1 East 72nd St. It was then still administered by Benjamin's office manager and assistant Virginia Allen. 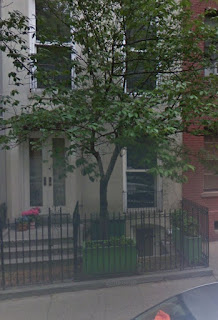 Charles Ihlenfeld resigned in 1976 to begin a psychiatric residency in the Bronx, and Eugene Hoff took over. Hoff fired Virginia, the nurse Mary Ryan, and the physician Agnes Nagy, and pleased Dr Orentreich by moving the practice downtown to a townhouse behind the Chelsea Hotel.


Hoff transitioned to Jeanne and had surgery with Dr Granato in 1977.

Leo Wollman had been working with Doris Wishman, one of the very few female exploitation film directors of her generation, and in 1978 they released Born A Man... Let Me Die A Woman, which is both a documentary and pornography.

Working with Connie Christine Wheeler, Leah Schaefer interviewed Harry Benjamin in 1979 about his history, he took to them and trusted them with his files. They read all the 1500 or so files, and started meeting regularly with him to discuss what they found.

The third edition of the Diagnostic and Statistical Manual of Mental Disorders (DSM III) 1980 added transsexualism for the first time, and subdivided it into asexual, homosexual, heterosexual and unspecified. Thus it was roughly congruent with the typologies proposed by Robert Stoller, Person-Ovesey and Virginia Prince. Furthermore ‘transvestism’ was defined as done by a heterosexual male. Again congruent with Stoller, Person-Ovesey and Prince. However to the chagrin of Prince (who had been insisting on a differentiation from fetishism) it was defined as done for sexual excitement.

By 1980 there were few patients left in Hoff's practice, and Hoff had already taken a job in a psych ward in Brooklyn. The next year she sold the building and moved away, first to Massachusetts and then California.

1980 the Yonkers Professional Hospital, where transgender surgery was done by Drs Wessor and Rish was closed down after a surprise inspection by the state.

Surgeon David Wesser who had done 200 sex-change operations, many referrals from Benjamin, was charged before a panel of the New York Department of Health in 1981, The panel was rigged and he was driven out of business.